CHELSEA – Chelsea is less than two weeks away from arguably its biggest election to date. They will replace at least four members of the City Council as well as the only mayor to ever serve the city, Earl Niven.

Though there is a lot of speculation about how a completely new council and mayor will be able to work together, there is the chance that some experience will be brought to the table.

David Ingram is the only councilperson running for re-election, but he isn’t the only person with experience in this year’s election.

Robert Barnes, who is running for Place 1 served as a member of the City Council from 2008-12 and mentioned some great things the council and mayor did for Chelsea during his tenure.

Those are just a few of the things that came to the top of Barnes’ head when he thought back the good things that happened during his first term as a councilman.

After taking four years off, Barnes said he decided to run again because he had people from the community come up to him and ask him to run since there was going to be such a big turnover with the council and mayor.

“Having that experience and seeing how it all worked that first go-around really helped me understand how everything operates,” Barnes said. “I feel like I can help the council not only with my experience but I also know what the city needs because I have been so involved. Serving the public and the city is the reason we are here.”

Barnes also said that change is not the correct word when it comes to describing what needs to be done in Chelsea, but instead that the city needs to adapt as things come along.

“Part of the project is looking past your own ideas and listening to what the council says, the mayor says and the citizens say. I’m not going in with an agenda, but instead to move the city forward,” he said. “It’s going in and serving as the needs come up and getting the group to agree on what is best for the city.”

Barnes then went into detail on ideas that could help the city move forward and that he would love to discuss and work on with the new council-members.

“Recreation is a big part of our city and some people want to see the city go in a different direction, but that’s the heart of a lot of cities including Chelsea’s,” he said. “Chelsea has so many young couples and kids and is growing every day so those parks and recreational areas are very important to our city.”

Chelsea has a ton of property to expand and build more parks or businesses and Barnes said as long as the funds are there they need to continue doing what makes Chelsea, Chelsea.

Traffic is another main focus of his because U.S. Highway 280 is always clustered with traffic or vehicles traveling at high speeds and the intersection in front of City Hall that brings together U. S. Highway’s 47 and 39 is always a mess because of the railroad crossing.

“The railroad is really crippling that area because we have no way to control when a train comes through and that is a main travel route for people going to and from residential areas and schools,” Barnes said.

Many of you might have been out taking your child to their first day of school the other morning and noticed that traffic was backed up from the railroad track all the way to Highway 280, which Barnes said is just absolutely unacceptable for people trying to reach their destination.

Barnes also said that he wants to draw in more business to create a bigger tax base and would like to see a hotel eventually come to the city because that would mean more people eating and staying in Chelsea to use local businesses.

“I’ve lived in this city for a long time and have helped the city through volunteering at schools and the fire department. I have been very active in Chelsea and have a heart for the city. The reason I decided to do this again was to bring some experience to the table and help out since I have an understanding.”

He then ended with a simple, “Vote Robert Barnes!” 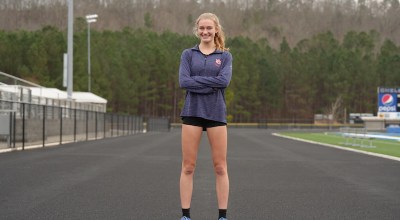