COLUMBIANA – A 58-year-old Alabaster man is facing up to 10 years in prison after he was indicted on charges alleging he abused a child last summer, according to court records. 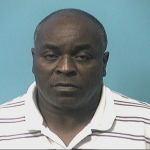 The Columbiana Police Department arrested Percy Lee Nelms, who previously listed an address in Columbiana’s Mountain View Apartments and currently lists an address off Mount Olive Road in Alabaster, on July 21 and charged him with one felony count of child abuse.

Child abuse is a Class C felony, and is punishable by up to 10 years in prison upon conviction.

Nelms was released from the Shelby County Jail the same day he was arrested after posting a $20,000 bond, according to jail records. He is set to appear in Shelby County Circuit Court at 8:30 a.m. on Aug. 29 for arraignment.

Nelms is the second suspect arrested in connection with allegedly abusing the child, as 25-year-old Montevallo resident Mary Haley Bonner was arrested in Nov. 18, 2015, and charged with child abuse as well.

According to Bonner’s indictment, the allegations against her are tied to the same July 2015 incident Nelms is charged with.

She has entered pleas of not guilty to the charge, and is set to appear in court for a status call at 8:30 a.m. on Oct. 3.

In June, Shelby County District Court Judge Lara Alvis granted Bonner’s request to have visitation with the child. The visitation is determined by the Shelby County Department of Human Resources pending a juvenile case, and Bonner currently is not allowed to live in the same residence as the victim.