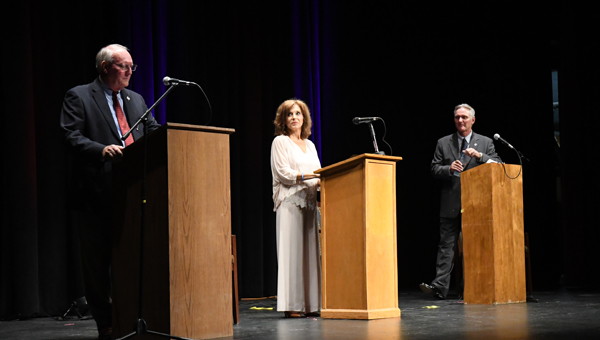 All three candidates were in attendance to present their thoughts to Chelsea residents on what the next mayor of Chelsea should accomplish.

Dale Neuendorf, Alison Nichols and Tony Picklesimer each had two minutes to answer different questions submitted by the public, and then at the conclusion of the event each was given six minutes to propose why Chelsea residents should vote for them come Aug. 23.

Each candidate up for election has served at least one term on the City Council and has seen Chelsea grow from a small town to the number three city to live and raise a family in.

With current Mayor Earl Niven stepping down as the city’s only mayor over the past 20 years, all of these candidates said they feel their experience helps make that change not as drastic.

Here is a synopsis of what each candidate hopes to accomplish if they are elected:

On a Municipal Court in Chelsea: