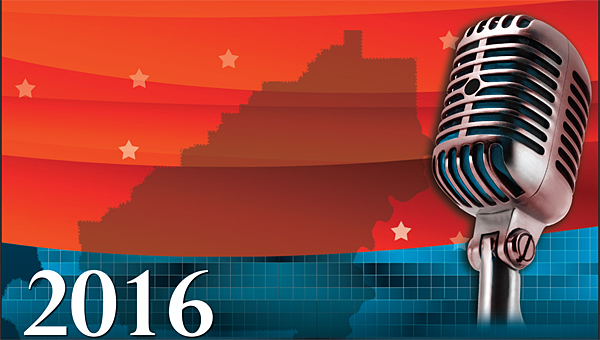 A public forum for Westover’s mayoral candidates was held Aug. 11 at the ServPro Training Center in Westover. (File)

WESTOVER – Nearly two weeks before the Aug. 23 municipal elections, dozens of residents took the opportunity to listen to Westover’s two mayoral candidates respond to questions during an Aug. 11 public forum held at the ServPro Training Center.

The candidates, incumbent Mayor Mark McLaughlin and City Councilman Larry Riggins, were given equal time to respond to a set list of questions and to make closing statements prior to the forum’s adjournment.

Below are the questions and candidates’ responses:

1) Why do you want to be mayor of the city of Westover?

•Said this is a position that is more of a service position in the city of Westover.

•Said he has been mayor of Westover for 12 years, serving in a position that is “not financially rewarding.” 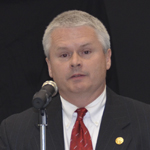 •Said he wants to follow through with plans to continue Westover’s progress, noting the city has “come so far” from being 2 1/2 square miles to 22 square miles, and from being 900 people to a couple thousand people.

•Said the city is working on road issues.

•Mentioned additions to the city, such as Dollar General.

•Said the city got through hard economic times without adding a property tax.

•Called being mayor his “calling in life.”

•Said city has gone through hard times, but is “full of good folks” and people willing to get involved and share ideas to help accomplish a goal.

•Said he has been involved in annexation throughout the city. 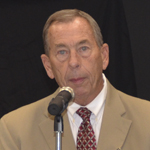 •Said the city has many “rewards down the road” to take advantage of if citizens get involved.

•Said taxpayers have a right to have more open and transparent actions of city government, and that he is not happy with the way the council has operated in the past four or five years.

•Said he can do a better job of maintaining openness and fairness.

•Said the city has opportunity for more growth in different areas, and he can lead these efforts.

•Said he has talked to local business owners.

•Has been involved in economic development and planning and zoning in other municipalities.

2) What in your opinion are the priorities and responsibilities of the city’s mayor?

•Said first and foremost the safety, health and welfare of citizens is the city’s “deafening cry” and his biggest concern.

•Said city is in a much better condition to address streets and the need for streets than what has been done.

•Think the city has to come together for a long-term plan on how to address streets.

•Said the city has to do something about speed limit at specific intersections in Westover, including Highway 51 and Highway 55.

•Said a traffic light is desperately needed at Highway 55.

•Said the city needs to address train track issues and look at adding another fire station on the west side of the railroad tracks.

•Said the mayor has to be hands-on, and agreed that citizens’ safety, health and welfare is definitely a priority.

•Said the mayor of a city like Westover needs to live, work and be engaged in the city.

•Said Westover has a strong relationship with the Shelby County Sheriff’s Office.

•Noted Westover started a fire department in 2007 and secured a 3/3X ISO rating.

•Said many people were involved in the fire department’s formation and success.

•Said the mayor has to be “all in,” and priorities in leadership issues across the board.

3) If you are elected, what specific skills or strengths do you possess which you believe will benefit the city of Westover?

•Has developed relationships through the Alabama League of Municipalities statewide.

•Said, if re-elected, he would be the senior mayor in Shelby County, a first for Westover.

•Was chairman of the Planning Commission when it started.

•Noted the city’s comprehensive plan is the foundation for road and other issues.

•Said he also has been in business as a sales and marketing professional for 38 years.

•Has managed hundreds of employees and multi-million dollar budgets.

•Has been involved with planning and zoning and owns a home inspection company, and was at one time Westover’s liaison for economic development in Shelby County.

•Said he has the skill set to go out and sell businesses on why they ought to locate in Westover.

•Said he also was involved in forming Westover’s comprehensive plan, which needs to be updated to fit current business and housing needs.

4) What are three specific things you hope to accomplish if you are elected mayor?

•Said he wants to improve the city’s fire department and get a station No. 2 on the west side of the railroad tracks.

•Said he wants to increase manpower in the fire department.

•Said the city is in a position to call on more people to volunteer with the department.

•Said he is thankful for the department’s 3 rating and for the people involved with it.

•Said he wants to recruit more restaurants to Westover, and wants to do better with promoting business entry in Westover.

•Said the city needs to start investing in youth athletics so children don’t have to go to neighboring cities to play ball.

•Said he is thankful for commitments people put into the fire department, and wants to continue developing live-in programs to put staffing inside the fire station.

•Said the city needs a station south of the railroad tracks to service that part of the city.

•Agreed with bringing more restaurants and youth services into the city.

•Said Westover needs to think about how to take advantage of the new retail situation happening in many areas.

•Said the city needs to look at how to build a “sustainable community,” one residents don’t have to leave to find specific services.

5) As mayor, how and when will you be accessible to the public?

•Lives and works in Westover 24 hours a day, seven days a week, answers his own phone and helps with fire department.

•Shops at local businesses and attends church in Westover.

•Said his office has been in the same place for a long time.

•Said his contact information is the same, and people know how to reach him.

•Said it is important for people in the city to be the ones making decisions that impact residents.

•Works full-time in Pell City and will probably continue for close to one more year.

•Has been the fill-in building inspector in Westover on two occasions, and was available to people contacting him.

•Said he is away from Westover more than he would like to be right now, but is reachable by phone.

•Said he intends to spend as much time as necessary being in the office, which will be in Town Hall if he is elected, and will have an open-door policy.

•Said he will have staff meetings on a regular basis with city employees.

6) What plans, if any, do you have to help attract more businesses into the city of Westover?

•Said he has contacted some businesses, and with the economy picking up, the city has added more rooftops in the last few years.

•Said Westover’s increase in building will bring other businesses.

•Said he is knowledgeable about who is looking to expand and knows how to talk to people to think about locating to Westover.

•Said maintaining business and rooftop growth in the city, and addressing the comprehensive plan to accommodate this, is key.

•Noted the city’s recruitment of Eddleman Properties as an example of seeking new development.

•Said he also asks about restaurants and other small- and large-scale businesses locating to Westover.

•Said recruitment is about jobs, forming a well-rounded community and balance, not “growth for just growth’s sake.”

•Noted the importance of pursuing growth as planned.

7) In your opinion, what are Westover’s biggest strengths, and how do you as mayor plan to take full advantage of those strengths?

•Said Westover’s biggest strength is its people, who love it.

•Said U.S. 280 is a significant source of traffic through Westover.

•Said the city has beautiful property with mountain ranges and large tracts of property.

•Said ServPro’s expansion to Westover is an example of the potential for businesses to be successful in the city.

•Agreed that people are primarily the strengths of the area.

•Said the city needs to draw on people’s ideas and strengths.

•Said U.S. 280 should allow for Westover to bring in enough business to operate the city through sales taxes, and many years down the road, there shouldn’t be a need for property tax.

•Said the city has an opportunity to bring in affordable housing needed.

8) How would you describe Westover when asked by someone wanting to visit?

•Said even though Westover doesn’t have a lot of businesses, it is a great suburban area with nice subdivisions.

•Said Westover has a diverse cross-section of neighborhoods.

•Said he loves Westover and moved to the city in January 1997.

•Said the people make the landscaping even more beautiful.

•Said Westover is a place that has a long history with many residents whose family trees go way back.

•His family goes back five generations in Westover.

•Said he hopes to preserve the city’s heritage.

•Said building the park and walking trail has instilled pride in the city.

9) Where do you see the city of Westover in four years?

•Said Westover “is going to be the best city in Shelby County,” with its sights on the metro area.

•Said the city’s assets have grown 800 percent, revenues are up 45 percent year over year and businesses continue to come.

•Said he sees those kinds of things expanding

•Said plans call for a town center, additional parks and ball fields, leading to growth across the board, from youth to seniors.

•Said he sees the city maintaining old-time traditions on Old 280 Highway, but cleaning up parts of it.

•Said the city needs to aggressively recruit someone to develop one or more office parks in Westover.

•Said the city needs to become a niche for high-tech businesses.

•Said planning and “aggressive recruitment” must be used in business growth.

10) What, in your opinion, can Westover citizens do to help make Westover an even better place to live and do business?

•Said so many people have great ideas the city has not tapped into yet.

•Said the city needs to solicit ideas from public safety employees in Westover and from other cities.

•Said people getting more involved in the community is necessary.

•Said people finding places where they enjoy serving is key.

•Said continuing the business association is another component.

11) What, in your opinion, are the greatest challenges facing Westover, and how do you as mayor plan to address these challenges?

•Said the greatest challenge is the city possibly becoming something residents don’t want it to be by losing course.

•Said development of the city’s property will be a big challenge.