Austin Foster grew up surrounded by music. From a young age he was able to sing gospel along with his father, who traveled most weekends to perform.

“My parents tell me that before I could even talk, I would be sitting in the living room playing, and a jingle would come on the television,” Foster explained. “I would immediately freeze, look up at the TV, then crawl over to the old upright piano in our home and begin pressing keys until I found the corresponding key to the tune. I was 4 years old when I sang my first solo.” 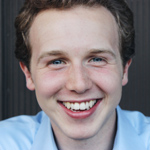 Foster knows that his musical skills are a God-given gift, and he is sharing that gift as a professional instructor at the Shelby County Arts Council.

A Columbiana native, Foster is a student at Samford University, which he describes as his “dream school.” He will graduate in May 2017 with a Bachelor of Music in Vocal Performance.

Passing on his musical skills to a new generation is a great way for him to share what he has learned.

“I have learned so much during my time in college, and I have found that your teachers in this life can have the power to influence you, whether that be positive or negative,” Foster said. “The voice is such an intriguing little machine with so many complex muscles and parts. You would be surprised at just how elaborate the process of making sound actually is.”

As a young child, Foster remembers listening to his grandfather practice a gospel song, which he was to perform at Bethel Baptist Church.

“He had been working on it in the car all week, and I had heard him practicing while riding in the backseat,” Foster said. “One day that week, I spoke up and said, ‘Pops, I can sing that song.’ He (Foster’s grandfather) started the track, and to my grandparent’s amazement I sang the song in its entirety. The following week, I sang it in front of the congregation.”

Foster is frequently contracted to perform at area churches such as South Highland Presbyterian Church and St. Theresa Catholic Church in Leeds. He will average four to five performances on any given Sunday.

In addition to churches, Foster keeps busy performing in other venues.

“I’m currently working on the material which I will be singing at my senior recital sometime next spring,” Foster explained. “I’ll be doing pieces by composers such as Vaughan Williams, Schubert and Gounod.”

Foster will also be singing the role of Basilio in Samford’s production of The Marriage of Figaro.

As if his schedule wasn’t busy enough, Foster still finds time to sing in the Samford University A Cappella group during the school year. He also performs for EWTN (Eternal World Television Network) in Birmingham.

Practice indeed makes perfect, and Foster devotes a good part of each day to perfecting his craft.

“I practice for an average of an hour to an hour-and-a-half per day, and when I’m not in a practice room doing technique exercises or in a rehearsal, I’m at home studying my music or speaking the text of my foreign language songs,” Foster said. “So, as a music major, I suppose you could say music consumes my life, and I wouldn’t have it any other way.”

For those interested in following in Foster’s footsteps, he has some very good advice.

“I wholeheartedly believe that if someone wants to pursue music as a career, he or she should learn as much as possible about their craft. This is especially true in singing. Just like sports, singing is a physical activity, and injuries can occur as much in singing as they do in any sport. Some knowledge of vocal technique can help prevent these injuries.”

To learn more about Foster’s classes at the Shelby County Arts Council, call 669-0044 or visit Shelbycountyartscouncil.com.

Lake Davidson. Helena took on a resort air around 1915 when Tom Davidson unveiled his plans to develop his property... read more