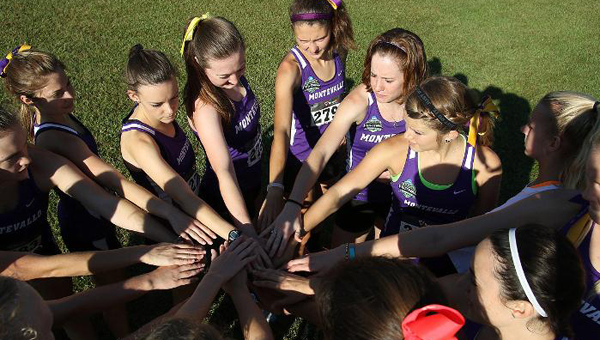 The University of Montevallo’s women’s cross-country team has been unanimously picked to win the PBC for the third-straight season. (Contributed)

AUGUSTA, Ga. – The University of Montevallo women’s cross country team was a unanimous pick to three-peat as Peach Belt Conference Champions following the release of the 2016 conference preseason coaches’ poll.

The Falcons, who are the two-time defending Peach Belt Conference Champions and NCAA Division II Southeast Region Champions, received all 144 points and all 12 first-place votes in the poll.

The University of North Georgia, UNC Pembroke, Flagler College and Augusta University round out the top five teams in the preseason coaches’ poll.

The group of six runners own all 10 of the fastest 5K times in program history and nine of the top 10 6K times in school history. Nelson, who has been named the Peach Belt Conference Runner of the Year in each of the past two seasons, owns the 6K-program record with her mark of 21:24.83 in the 2014 Peach Belt Conference Championship.

In addition to the individual awards handed out to student-athletes last season, head coach Tommy Barksdale was named the Peach Belt Conference Coach of the Year and associate head coach Julia Marquardt was selected as the NCAA Division II Southeast Region Coach of the Year.

The Falcons finished 20th overall in the NCAA Division II National Championship a year ago, marking its best finish in three appearances in the event in program history.

The Falcons’ season gets underway Saturday, Sept. 10 at the Furman Classic in Greenville, South Carolina.