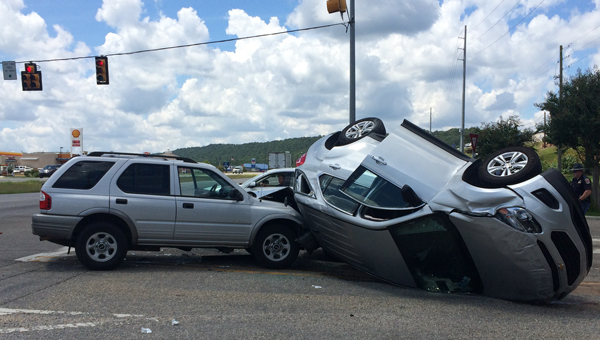 Cutline: A major wreck occurred at the intersection of U.S. 280 and Highway 47 in Chelsea. (Reporter photo/Alec Etheredge)

One car was t-boned and flipped over on its side and sandwiched between two others during the accident.

State troopers are investigating the cause of the accident, but said there were no fatalities and that there were only two non-life-threatening injuries to an elderly couple that was taken to the hospital for precautionary reasons.

The intersection, which leads to McDonalds on one side and Winn-Dixie on the other, has been a major concern for the city for a while now, and a main focus of a lot of candidates running for Chelsea City Council and mayor. 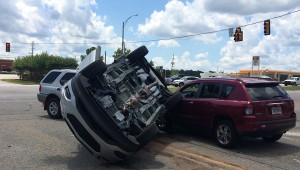