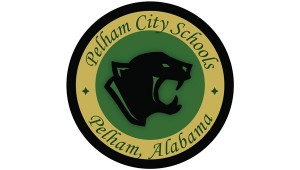 Coefield said the system’s proposed budget is higher than usual because it includes an estimated $10 million bond needed to complete construction projects.

“We’re right on target with our finances,” Coefield said. “I think we’ve tried to build a little bit of a cushion so that we have a safety net just in case something unforeseen happens.”

As recommended by the Alabama State Department of Education, Alabama schools should have at least one month of operating expenses in reserves at all times – that amount for Pelham is $2.5 million.

Coefield said PCS is expected to end FY 2016 with $6 million, which equals to about two and a half months of operating expenses.

At some point, Coefield said he and the school board might consider staffing changes or restructuring the system’s salary schedule.

“We’ve experienced rapid growth so we have to look at how much growth we’ve had and evaluate how that impacts staffing and our facilities,” Coefield said.

Enrollment on the first day of school was 3,109, but that’s not the number that matters the most. The system’s average daily membership, which is the average daily enrollment counted for 20 days following Labor Day, will determine the number of state funded teacher units the system will receive the following school year.

Pelham City Schools will have its second budget hearing on at 6:30 p.m. on Aug. 29 in the auditorium at Pelham High School.

Helena Intermediate School is collecting hygiene products the week of Aug. 15 that will be sent to Louisiana to help... read more