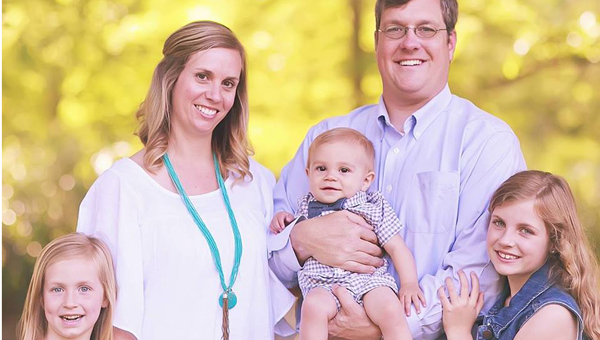 If elected to City Council Place 2 Scott Weygand hopes to bring new businesses to the city and fix a lot of safety issues the city faces. (Contributed photo)

CHELSEA – Chelsea is less than a week away from hosting a monumental election that will replace several veteran members of the council, as well as Mayor Earl Niven.

So far this hasn’t worried any of the candidates running and Scott Weygand, who is running for Place 2 on Chelsea’s City Council, has that same sentiment.

“With the three mayoral candidates we have there will be some experience brought to the table because each has served on the council,” Weygand said. “As far as the council goes there will be a learning curve, but I feel like I have a lot of experience within the city because I’ve been on the planning and zoning commission the last five years and I know the ins and outs of the laws.”

Weygand, who is the chairman for the planning and zoning commission, said he has two main areas of focus that are of more importance to him than anything, which are bringing businesses to Chelsea and keeping all residents in the city safe.

“Watching the city grow over the last several years, it now has a lot of wants, but the business community isn’t growing as fast as the residential community,” Weygand said. “So the biggest challenge is bringing in more businesses to suit the residents and grow the income.”

He mentioned that one business he would like to see come to Chelsea would be some sort of home improvement store because right now a lot of people are going over the mountain to shop at Lowes or Home Depot.

“I’m experienced in recruiting businesses into Chelsea because I own the building that my office is in and have brought in three businesses to the city,” Weygand said.

Weygand also said he has a plan for what the city should do to get businesses that they desire.

“The way I did it with my commercial building is the same way the city needs to go about it,” he said. “We need to partner with an aggressive real estate firm that is going to go out on behalf of the city and market and figure out Chelsea’s demographics and needs.”

Even though Weygand is extremely focused on business, he said safety is his number one concern for the residents of Chelsea.

“Some of the things we need to do for safety precautions would cost a lot of money to accomplish, which is why I place such an importance on the business side,” he said. “We need rails at the railroad crossing out in front of city hall and I would like to eventually have a bridge going over it. We have to work with the county and state to fix a lot of the roads because most of them aren’t city roads.”

He said setting up the city to generate the revenue to fund those projects is key because he is not a fan of debt.

“I like being involved, solving problems and working with the city. Even though we need to control the growth of the city I’m excited to see it grow and be apart of everything Chelsea represents.”

By NEAL WAGNER / Managing Editor COLUMBIANA – A 29-year-old Montevallo man who has been accused of attempting to sell... read more