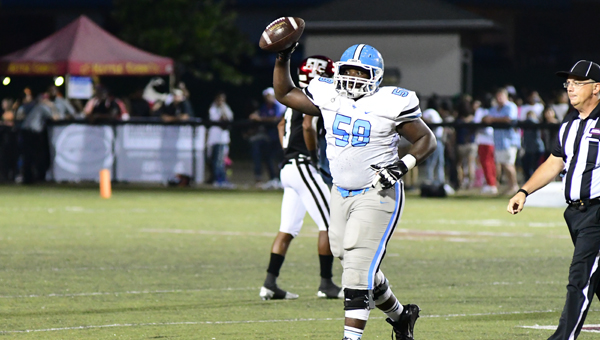 Spain Park’s Burrell Boswell comes up with a fumble recovery in a 21-17 win at Gadsden City that included several big defensive plays. (Photos by Stephen Dawkins)

GADSDEN – Damarius Farmer ended Gadsden City’s final scoring threat with an interception in Spain Park’s end zone, and D’arie Johnson made sure the Titans would not have another chance as the visiting Jaguars won 21-17 on Aug. 19 in both teams’ season opener.

Spain Park, following a season that included an appearance in the state championship game, relied on defense, a solid running game and timely passing to earn a hard-fought victory on the road at Titan Stadium in a match-up of teams ranked in the top-10 of Class 7A.

Spain Park coach Shawn Raney said he wanted to see how his players would respond to coming into the season as a favorite in their class—something they might not be used to.

“This was big for us—a big win on the road,” Raney said. “This is the same hard-fighting group we had last year. I think our kids find a way to win.”

The Jaguars built a 21-7 first-half lead but had to hold on in the second half as the Gadsden City defense held Spain Park in check while its offense had multiple opportunities deep in SPHS territory.

The game started at a fast pace that would not be sustained.

Spain Park took the opening possession, kept alive by two Hunter Howell completions on third down to move the chains, and scored on a four-yard run by Larry Wooden.

Gadsden City answered back with a seven-yard scoring run Jamontavius Woods to tie the game after the extra point, but then the defenses took over.

Spain Park’s defense gave the team a lead when Rayfe Richey snatched the ball from a Gadsden ballcarrier then sprinted the other way into the end zone with 1:42 remaining in the first quarter.

Johnson made it 21-7 with a nine-yard sprint that followed a first down pass and catch from Howell to Thomas Jordan along the left sideline on third-and-12.

Gadsden City cut the lead in half with a 63-yard drive to end the first half, ending with a strike across the middle from Ryan Sparks to Jaylen Cole.

Points, and even first downs, were hard to come by in the second half.

Spain Park’s Cole Starr was good on all three of his point-after tries but misfired on a 32-yard field goal with 6:58 on the clock in the third quarter, and the Jaguars’ best scoring chance of the half ended with no points.

The Titans’ last possession came down to a fourth-and-four from the Spain Park seven-yard line.

A pass lofted into the end zone was pulled down by Spain Park’s Farmer.

Johnson then rushed for more than 60 yards to drain the clock and end the game.

Johnson led the Jaguars’ rushing attack with 107 yards on 16 carries.

Wooden added 56 yards on 12 carries. He was also the team’s leading receiver with seven catches for 58 yards. 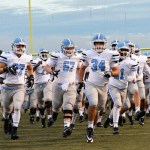 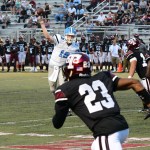 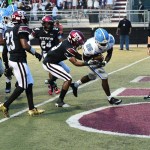 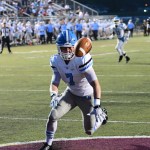 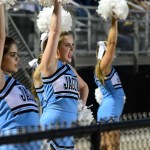 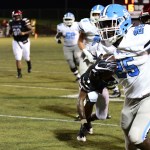 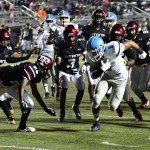 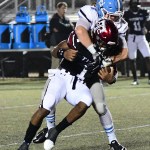 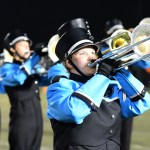 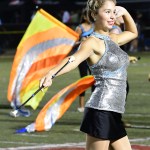