Two injured after being thrown from motorcycle in 280 wreck 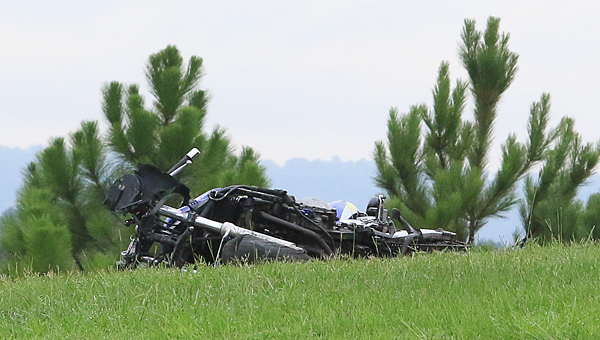 Two people were thrown from this motorcycle when it collided with a sedan on U.S. 280 in Hoover on the morning of Aug. 20. (Special to the Reporter / Dawn Harrison)

HOOVER – Two people sustained non life-threatening injuries after they were thrown from a motorcycle in an early morning wreck on Aug. 20.

The Hoover Police Department responded to a wreck at the intersection of U.S. 280 and Valleydale Road at about 6 a.m., said Hoover Police Lt. Keith Czeskleba.

A motorcycle traveling eastbound on U.S. 280 collided with a grey sedan, throwing the driver and passenger off the motorcycle. Both sustained non life-threatening injuries, and were transported to UAB Hospital, Czeskleba said.

Nobody in the sedan was injured.

As of Aug. 20, the wreck was still under investigation by the HPD. 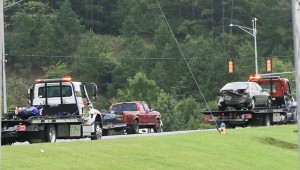 A motorcycle and a sedan involved in an early morning Aug. 20 wreck on U.S. 280 are transported from the wreck scene. (Special to the Reporter / Dawn Harrison)