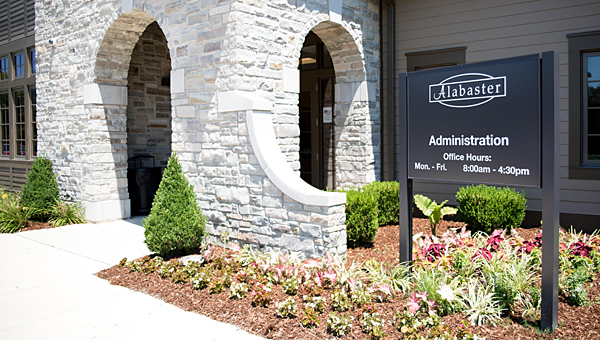 Alabaster city employees will receive a 2-percent pay incentive if the city reaches a certain amount of revenues over expenditures. (File)

ALABASTER – Alabaster city employees will receive a one-time cash incentive if the city finishes its fiscal year with significantly more revenues than expenditures, as the City Council approved the plan during an Aug. 22 meeting.

City Council members voted 6-0 during the meeting in favor of approving the “Finish strong” employee incentive plan for this fiscal year. Council President Scott Brakefield was absent from the meeting.

Through the finish strong plan, city employees will receive a one-time cash incentive equal to 2 percent of their annual salary in January 2017 if the city ends the 2016 fiscal year on Sept. 30 with at least $350,000 more in revenues than expenditures.

Alabaster Mayor Marty Handlon said the city is in the process of formulating and enacting a new employee pay plan, but was unable to finalize it in time to include in the 2017 fiscal year budget, which goes into effect on Oct. 1.

“We didn’t quite make it in time to get it in place for the (2017) budget,” Handlon said during an interview after the meeting. “The finish strong incentive is a temporary quick fix that rewards the employees for a good year.”

Handlon said the city is “safely” trending toward hitting the $350,000 revenues over expenditures for the end of the fiscal year.

If Alabaster moves forward with the incentive plan, it will cost the city about $275,000, Handlon said.

The resolution passed by the council credited city employees with working to keep expenses down throughout the fiscal year.

“The mayor and City Council wish to acknowledge the hard work and dedication of the employees of the city of Alabaster,” read the resolution. “The City council and the mayor wish to, prior to the end of the fiscal year on September 30, 2016, ‘Finish strong’ in both reducing budgetary expenses and maintaining quality, professional, timely and competent services.”

By ALEC ETHEREDGE | Staff Writer COLUMBIANA – A 37-year-old Columbiana man was found guilty of murder by a jury... read more