ALABASTER – A 36-year-old Maylene man has been released from jail on a $10,000 bond after he was charged with allegedly sexually abusing an underage victim on multiple occasions several years ago. 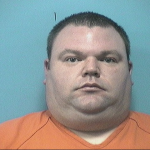 The Shelby County Sheriff’s Office arrested Christopher Scott Oyer, who lists an address in Maylene’s Cedar Grove subdivision, on Aug. 9 and charged him with one felony count of sexual abuse of a child younger than 12.

He was released from the Shelby County Jail after posting bond the same day he was arrested.

Oyer was related to the victim, Sumrall said. The incidents leading to Oyer’s charges occurred in multiple locations in unincorporated Shelby County.

Sexual abuse of a child younger than 12 is a Class B felony, according to Alabama law, and is punishable by up to 20 years in prison.

Oyer is scheduled to appear in Shelby County District Court on Sept. 21 at 8:30 a.m. for a preliminary hearing.