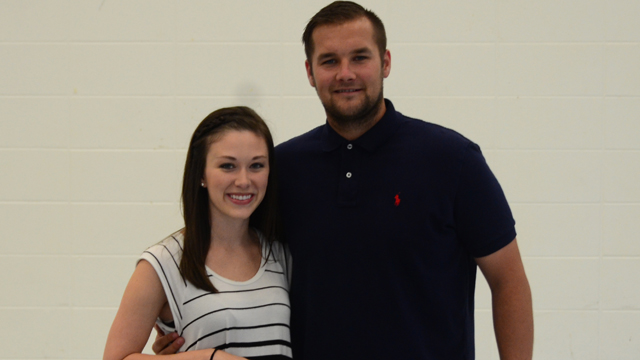 NORTH SHELBY – There will be a new face on the sideline leading the Oak Mountain girls’ soccer team this spring, as former head coach David DiPiazza has accepted the head coaching position of the women’s soccer team at his alma mater, Birmingham-Southern. Stepping into DiPiazza’s place will be a somewhat familiar face in former Auburn High School head girls’ soccer coach Chris Blight.

Blight comes to Oak Mountain from Auburn where he spent the last three years leading the girls soccer program there to a remarkable 69-8-6 record, per Eurosportscoreboard.com, good for a winning percentage of 84 percent. Auburn has established itself as one of the premier programs in the state for girls’ soccer under Blight, and the Lady Tigers have consistently been in the hunt for state titles over the last few years.

In part because of that reality, transitioning from Auburn to Oak Mountain was not a difficult decision for Blight.

Blight, who grew up in London before coming to the United States to play college ball at Huntingdon College in Montgomery, credited the history of the Lady Eagles’ program as an obvious lure as well.

“The success that they’ve had over the last few years, and knowing what I’ve done at Auburn over the last couple years I felt like I was a good fit to come and take this program to the next level as well, get them back to the top,” Blight said.

For the second time in the last five years, Oak Mountain did not win a state championship in 2016. Eventual 7A champion Vestavia Hills beat the Lady Eagles in the second round of the playoffs en route to their title. The team the Lady Rebels beat in the finals? Auburn.

The Lady Eagles graduated a few key pieces from last season’s team, including defensive stud Nealy Martin, but return a large chunk of last season’s production in Julia Pack, Hailey Whitaker, Lucy Thrasher and keeper Alyssa Vess. With Blight taking over control in the wake of DiPiazza’s departure, don’t expect much of a drop off heading into the 2017 season.