COLUMBIANA – A drug trafficking charge against a 37-year-old Pelham man who was arrested along with several other suspects in a January drug bust is headed to a grand jury for consideration, according to Shelby County District Court records. 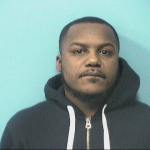 In mid-July, a marijuana trafficking charge against Jameel Gray, who lists an address on Village Lane in Pelham, was bound over to the grand jury. During an upcoming session, the grand jury will review evidence in the case, and will decide if it will uphold the charge against Gray.

The Task Force claimed the suspects were attempting to distribute more than 4 pounds of marijuana in Shelby County. Jameel Gray, Hale and Lewis were allegedly found to be in possession of a large amount of marijuana when they were arrested in Alabaster in January.

The Task Force then arrested 31-year-old Dennis Riles Jr. and charged him with conspiracy to traffic marijuana after allegedly finding him in possession of more than 10 pounds of marijuana.

In July, U.S. Marshals arrested Dewey Michael Campbell, who lists an address on Hamrick Drive in Irondale, in Colorado in connection with the drug bust after the Task Force issued an arrest warrant for the suspect with national extradition.