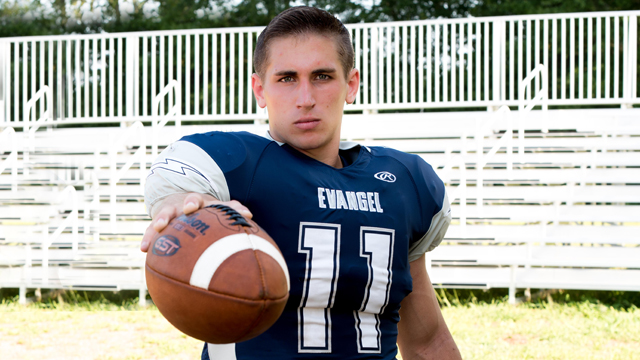 Evangel quarterback Micah Murphy is hoping to turn the heads of some college scouts this season. (Reporter Photo / Keith McCoy)

Micah Murphy runs a 4.4 second 40-yard dash, and has been clocked at a 3.98 in the 5-10-5 shuttle run. His bench max heading into the fall is 315 pounds, he squats 385, and he has a standing vertical jump of 35.5 inches. He has an uncanny resemblance to a deer when running the football, gracefully rushing past would-be tacklers time and time again. He was a First-Team All-County athlete last season and had one of the most productive seasons in the history of prep football in Alabama. Have you heard of him? Probably not.

How is that possible? Murphy is, after all, hands-down one of the most dominant prep players around, and has the measurables to back that up. As a junior, Murphy accumulated 3,593 all-purpose yards, which would rank as the ninth-most productive season in AHSAA history. But, Murphy doesn’t play in the AHSAA. He doesn’t even play in the independent school-equivalent AISA. Murphy, who attends Evangel Christian School, plays ball in the eight-man Alabama Christian Sports Conference, and he’s ready to demand a bigger chunk of the spotlight in 2016.

Evangel Christian School is a state-registered K-12 church school in Alabaster that operates under the legal and spiritual oversight of Evangel Church, also in Alabaster. It’s one of the ministry arms of Evangel Church, as is the Evangel Christian Classical School. ECCS is a brick-and-mortar school that has an enrollment of around 360 kids, per the school’s website, while ECS is a homeschool organization. Students enrolled in either ECS or ECCS are eligible to play for the Evangel athletic teams, and the football team in any given year is made up of different proportions of students from both schools.

“I think part of it is it’s allowed us to customize their education,” Don said. “It allowed us to teach them history through traveling, it helped us to instill a strong work ethic in them, and it’s helped to teach them all strong entrepreneurial skills as well. Both my daughters own their own businesses now. Also, all my kids are their own best friends. If you asked my boys who their best friend is, they’ll likely say each other, which is pretty special.”

Micah’s older brother Mason was a special athlete in his own right, and was the ACSC Player of the Year in 2014 as a running back. The two have played an integral role in the last few years in turning Evangel into the cream of the ACSC crop, and the Lightning have posted a 52-8 record over the last six years.

Both Micah and Mason come by their athleticism honestly. Murphy’s maternal grandfather, Alex Gibbs was a long-time NFL offensive line and assistant coach, while his uncle, David Gibbs, is the defensive coordinator at Texas Tech. His paternal grandfather also was the head track coach at Auburn, and his father played football at Furman University for a year as well. Suffice it to say athletics run deep in this family, and Micah is the natural byproduct of that reality.

Standing about 5-feet-10-inches tall and weighing roughly 190 pounds of mostly corded muscle, Micah plays quarterback for the Lightning out of necessity, although he’s more of a natural slot receiver. He talks quickly, like his father, but speaks articulately and intelligently. He has a 4.0 GPA and is taking college classes this fall with the hopes of enrolling at a college after Christmas. He is as nice and polite a kid as you could hope to meet, but there is also an earnestness in his green, deep-set eyes that cannot be missed. There is a passion in the youngest Murphy child, easily noticeable even if its origin is not, although a few minutes of conversation brings the source of that passion to light. Micah, more than anything, wants to play college football.

“I’ve always loved the sport, I’ve always loved playing it for as long as I’ve been around the game,” Micah said. “It teaches you life lessons, to push hard and to keep going and pushing when things are tough. It’s not an easy sport, there’s a lot to learn, it’s a mental game, it’s everything I like combined into one sport. I’ve always loved it, and I’ve wanted to play in college since I was a kid.”

Micah started playing football when he was in the sixth grade and it became apparent when he reached high school he was capable of developing into a special athlete. As he has gotten older, he has attended a number of local college camps with the hopes of drawing attention from college coaches, although the fact that he plays in the eight-man game has made coaches wary.

“It definitely is a block,” Micah said candidly. “I’ve gone to some camps and have caught the eye of some coaches and impressed some people. But being at a small school, some (coaches) think it’s too much of a risk to give me an offer. Some coaches will look past it, but I’ve just been basically trying to get past the barrier of playing at a small school and playing eight-man.”

In other parts of the country, primarily in the Midwest in states like Nebraska, Oklahoma, Kansas and Iowa, eight-man football is common and college coaches in that part of the country are accustomed to the eight-man game. In the South, not so much, and as a result there are a combination of factors that can crescendo together to raise college coaches’ suspicions about a talented kid like Micah. One reason simply being that unfamiliarity tends to breed distrust. The eight-man game is widely unknown in Alabama and across the South, and because of that it stands to reason coaches might be wary in trusting a product of that game to easily transition to the college level.

There is also an innate assumption that the talent level is significantly lower across the board in the smaller leagues, and there is truly no way to know how successful or dominant someone like Micah would be in the AHSAA or even in the AISA. Also, the game itself is different from 11-man football. The field is bigger, there are six more bodies on the field, and both offenses and defenses operate in wildly different ways.

Micah obviously knows all of this, he’s well aware of the challenges, and as a result knows he has to be doubly impressive when he gets in front of college coaches.

That reality would be enough to make most people, especially most teenagers, mad. To be incredibly dedicated to reaching a goal, and in that process constantly be thrust into situation after situation where you have to work from a disadvantageous situation to get there. Micah however, uses that simply as motivational fuel.

“I’m very competitive,” he said. “I want to push myself as hard as I can push myself, to work out harder, do this and that harder, practice this, make that better. (I’m) always trying to get that extra edge on other players to show people, ‘Hey, I can do this, I can beat you at this, and just because I play at a small school, I can still play with you.’ It definitely is motivation.”

The natural question that comes up during this, the question that is so obvious but has to be asked, is simple. Does he wish he went to school somewhere else? Does he regret not getting the chance to showcase his skill at a larger prep school with more reach into the college realm?

To this, Murphy’s answer is short, immediate, and resounding.

“No,” he said simply in response. “Absolutely not. I wouldn’t change anything.”

Murphy is the best player in the ACSC, and likely the second-best player in the conference is his backfield mate and classmate Brad Baggett. The Lightning are the odds-on favorite to roll through the ACSC without a problem with both of them leading the way this season. Murphy will be electric to watch as always this year, but there is another, unique story taking place within the ACSC this season. On December 9, 2015 the Alabama Independent School Association’s Athletic Committee voted unanimously to designate teams within the ACSC as acceptable nonconference opponents, which is a big deal.

For years, the AISA had not allowed its’ member schools to play homeschool teams out of concern that the homeschool programs did not police eligibility as strictly as the AISA does. The ACSC was formed in 2007 as a product of that concern by the AISA, and the ACSC adopted the same eligibility stipulations that the AISA puts in place to appease those concerns. Finally, after years of proving capable of policing their own eligibility, the ACSC has been deemed acceptable nonconference competition in all sports.

What this means for ACSC football and teams like Evangel and Hope Christian is still being figured out. Traditionally an eight-man league, the ACSC will most likely move to the 11-man game permanently in a few years, after Murphy has graduated and moved on. In the meantime, this year Evangel and Hope will both dip their feet into the 11-man game. Eight of Evangel’s 10 regular season games this year will be 11-man games, which will create a very interesting situation.

The Lightning got their first taste of 11-man football with a spring jamboree classic at Jacksonville State. Evangel played Kingwood Christian for one half of the jamboree, and beat the Lions 28-0. Then Evangel played Evangel Christian out of Montgomery (same name, that can get confusing) in the other half and beat those Lions 21-14. Murphy had 186 yards on the ground on 12 rushes in the two halves combined and scored twice in his first taste of the 11-man game. When talking about the differences he has noticed between the two games, the primary difference Micah said he noticed was the speed change.

“A lot of it has to do with speed,” Murphy said. “In eight-man everything is quicker. Especially as a quarterback, guys get to you faster because you lose two tackles. But in 11-man there are just a lot more people on the field. Even though it’s slower, when you’re running the ball there are more bodies you have to get away from. Eight-man is a lot more rolling out and passing, there’s more time to throw in the 11-man game.”

The chance to play 11-man football this year is big news for Evangel and for Murphy. He will get a chance to showcase his skills for one season in the 11-man arena and will be able to get himself on tape in that setting. The chance to play 11-man this year will give him his first true taste of the game he wants so badly to play in college. How he performs this season could play a vital role in determining where he goes to school.

It’s impossible to know what the future has in store for the youngest of the four Murphy children. His last prep season on the field will be interesting for sure, and he will likely graduate as one of the conferences’ most productive players ever, if not the most productive. The next chapter in Micah’s football story has not been written yet, but whatever the future brings, one thing seems to be certain. This hidden star likely won’t stay hidden for much longer. 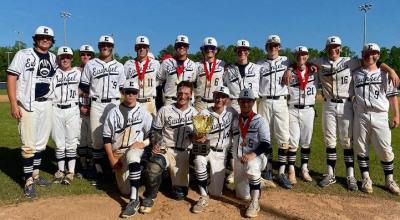 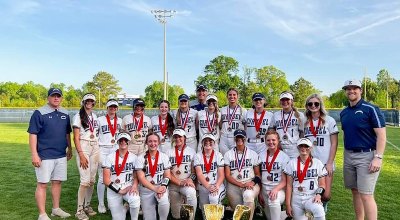 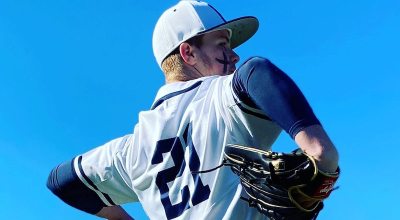 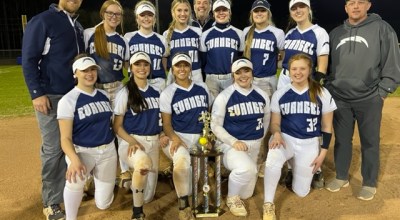 The Sons of Montevallo