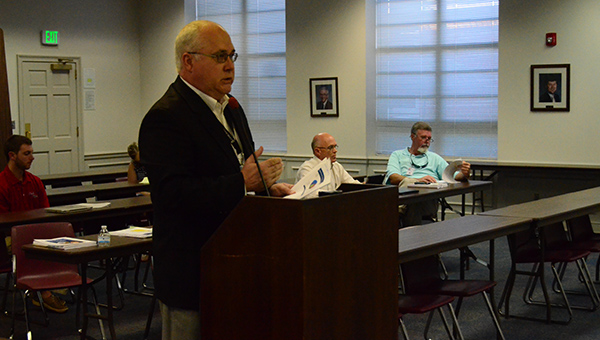 COLUMBIANA–The Shelby County Board of Education approved a $229 million budget for the 2016-17 fiscal year for the school district at the Thursday, Aug. 25, board meeting.

The budget for the Shelby County School district is developed for the fiscal year beginning Oct. 1, 2016 and ending Sept. 30, 2017.

McCombs pointed out that the district has a positive general fund reserve balance of $793,844.

“One thing on this particular budget, if you’ll notice on the general fund where it comes down to excess revenues and other sources and other expenditures, that is a positive balance of $793,844 that we’re anticipating,” said McCombs. “That is a great budget to be at that place where your revenues in the general fund that we budgeted in total expenditures the revenues are exceeding them. So after everything is said and done when you add the other fund sources and uses you’re coming out to a net positive of $793,000.”

The system-wide expenditures for Shelby County Schools totaled more than $229 million as opposed to $207.9 million the previous fiscal year.

The budgeting process for the Shelby County School district is designed to develop an overall plan for the use of financial resources that will best serve the needs of the current student body and to encourage the concept of site based management, according to the SCS hearing book.