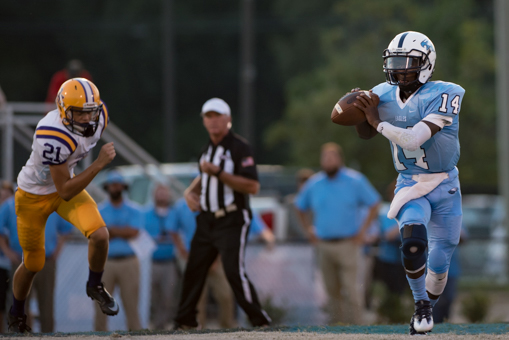 Jermaine Ross rolls out during Calera’s Aug. 26 game against Bibb County. Ross and the Eagles put up 49 points on the Choctaws and won 49-34. (Reporter Photo / Keith McCoy)

CALERA – What started out as a tightly contested game turned into a rout on Aug. 26 in Calera as the hometown Eagles pulled away from one of their biggest rivals, the Bibb County Choctaws, in the second and third quarters, eventually winning by a 49-34 margin. Calera, fresh off a 25-6 win over Mae-Jemison, came into this game with high expectations and wanted to make sure the first home game of the season went according to plan. The game was sloppy and chippy at times, as there was a plethora of personal foul calls and no less than 25 penalties called on the night, but nonetheless Calera walked away with a satisfying and telling win.

“Offensively we did okay, I think we have some room to grow,” Calera head coach Andrew Zow said after the game. “Defensively we just can’t have those mistakes. (We) can’t give up those big plays. You look at the scoreboard and it says 49-34, there’s no defense. We want to make sure we fix some of those things and be a little more stubborn on defense.”

The Calera offense does not have a bona fide juggernaut like it has had in recent years, but the Eagles do have a number of talented runners and receivers that more than make up for the lack of any singular talent. Three different receivers caught touchdown passes tonight, and three different rushers scored as well.

Calera got on the board first in this one, as a nice 20-yard run from quarterback Jermaine Ross set up the Eagles deep in Bibb County territory, and Ross was then able to find playmaking receiver Yatil Gant over the middle for an easy score. Gant, a rangy, athletic target, is tough to handle in single coverage, and made one guy miss before walking into the end zone.

On the ensuing kickoff, however, Bibb County’s Will Moore took the offering to the house, but after a missed extra point still trailed 7-6.

Demerius Woodson then promptly took Bibb County’s kickoff out to the Choctaw 44-yard line, before Ross found Gant for another 20-yard gain, which set up a 28-yard scoring run from Trez Harris that made the score 14-6 in favor of Calera. The first 20 points of the game were all scored in 1:04 seconds of game time.

The Choctaws struck once more in the first half when Bibb County quarterback Matthew Hiott found Moore for a 30-yard score, Moore’s second of the first quarter. Hiott is a big, agile quarterback who is tough to bring down in the open field, but did not have the most consistent arm in this game. His connection with Moore was one of his best throws of the night. Bibb County went for two and could not convert, and trailed 14-12 going into the second quarter.

Decorean Mickens punched in Calera’s first score of the second quarter on a one-yard, fourth down dive play, and after Tyler Ferguson snuck around the right side on the two-point try, Calera had a 22-12 lead.

Bibb County kept pace with the Eagles, however, as the Choctaws wrecking ball D’Angelo Thompson rumbled in from 21 yards out, which brought the score back to 22-19 with four minutes left in the half.

The Eagles were able to separate themselves in the final four minutes of the first half with a few key plays. On the second play of the Eagles’ ensuing possession after Bibb County’s score. Ross handed the ball of to Harris, who plunged into the heart of the Choctaw defense, made two tacklers miss and was off to the races, scoring from 63 yards out. After a Bibb County punt, Ross found Tyler Ray for a 66-yard completion on the first play from scrimmage, and then found Ray two plays later for another score. Calera went into the half with all of the momentum, up 36-19.

“Jermaine does a good job of getting the ball to receivers and getting on the edges,” Zow said. “And we’ve got some receivers who can play a little bit. Then you have these running backs and this offensive line, this offensive line is outstanding. To have those threats at different angles on different spots on the field, you should be able to put up points.”

Jaramy Dozier added a 21-yard touchdown run in the third, and Chris Shearer found the business end of a 63-yard pass from Ross in the fourth quarter that pushed the Eagles’ point total to 49 points. Bibb County made things slightly interesting in the fourth quarter, but had dug too big of a hole to come back from.

Calera ran just 40 plays to Bibb County’s 59, but the Eagles outgained the Choctaws 499 to 288 and did not turn the ball over one time. Harris led the way for Calera on the ground, rushing 14 times for 174 yards and a pair of scores, while Ross was 9-for-12 throwing the ball for 247 yards and three scores, averaging more than 27 yards per completion.

Anthony Washington led the defense with six solo tackles, 10 assits and 1.5 sacks on the night as well.

Calera is back in action on Sept. 2 as the Eagles travel to Dallas County. 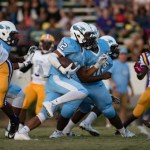 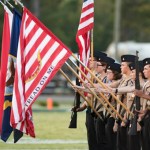 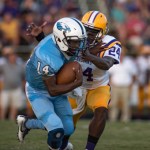 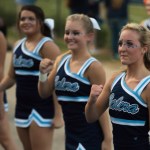 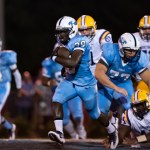 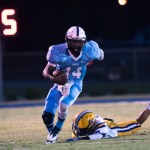 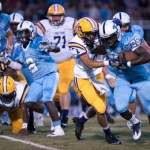 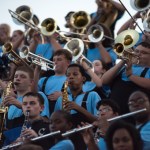 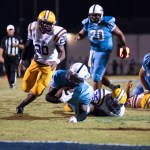 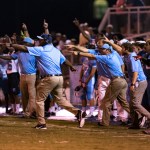 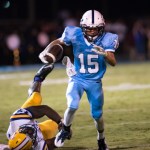 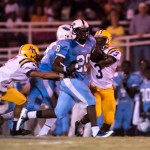 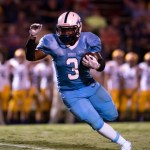 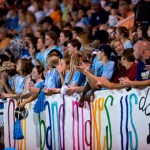 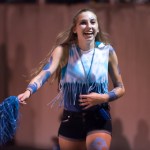 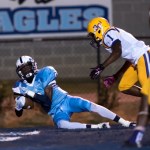 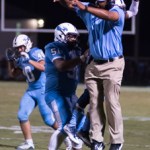 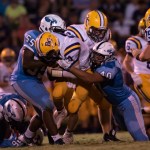 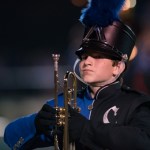 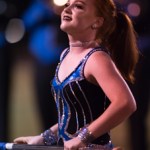 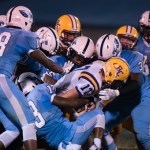 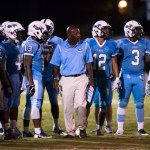 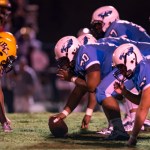 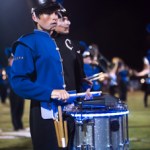 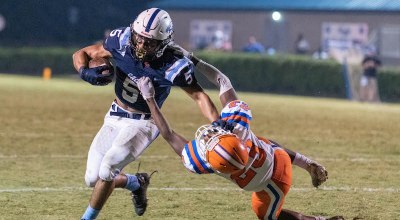 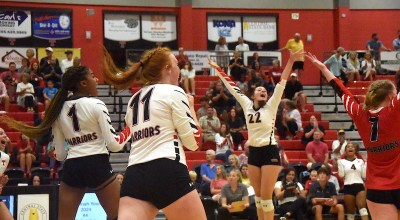 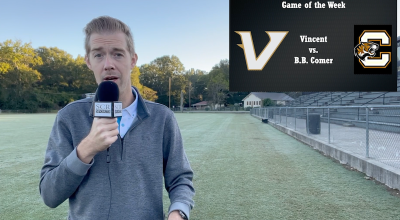