COLUMBIANA – The Shelby County Wildcats football team traveled to Holt for its first regular season game of the 2016 season Friday night after opening with a 20-12 jamboree win over Childersburg on Aug. 19.

The Wildcats came out hot and looked like they had something to prove by scoring 21 unanswered points in the first quarter and again in the second quarter to take a 42-0 lead into the locker room.

Shelby County was led by a tremendous ground game, which consisted of a committee of running backs.

Senior Keyvontae Mayfield led the way with 134 yards and one touchdown on nine carries, while Jeremiah Crenshaw added another 69 yards and two touchdowns on nine carries. Chance McNeal also punched in one additional touchdown.

“The running backs were big for us tonight,” said Wildcats head coach Heath Childers. “After losing Jamarius Mayfield from last years team, the players and I sat down and decided together that we wanted to make up for his loss with a total team effort and use a running back by committee this year.”

Keyvontae Mayfield now has 250 yards and 2 touchdowns on 20 carries through two games, including the jamboree game that doesn’t count.

All of Childers’ players stepped up to help will their team to victory on Friday night, but junior running back Lamont Bush had himself a night for the books, he not only punched in two touchdowns on the ground, but also had three interceptions on the defensive side of the ball.

“Lamont Bush’s night was huge for us,” Childers said. “I also thought the defense overall played much better tonight, especially in the first half and that was a key. The stops they were getting gave our offense more chances.”

Not much changed in the second half of the game, Shelby County came out and scored seven more in the third quarter to build their lead to 49-0 before giving up 12 unanswered in the fourth to win by a final score of 49-12.

“Well you know, it’s always good to start the season off with a win,” Childers said. “The community and school are always excited when we can win a ballgame.”

Childers did say that he told the team before they left tonight there were still a lot of things to work on and get cleaned up before next week’s game.

“We’re going to come in on Sunday and start over,” he said. “What’s in the past is in the past, we just strive for what lies ahead of us. Win or lose we are going to move on.”

What lies ahead for them is there first home game against area foe St Clair County next Friday night. If the Wildcats plan on making a run at the playoffs this year a 2-0 (1-0) start would be massive for them. 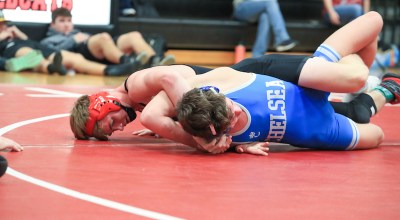 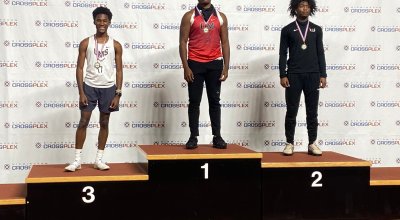 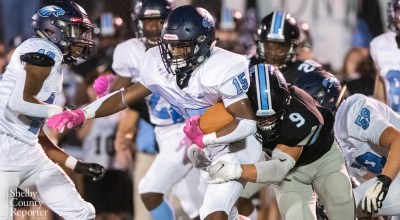