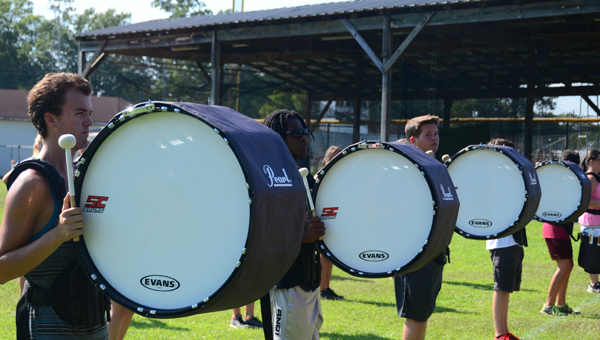 Shelby County High School will host this years Showcase of Bands on Sept. 13, starting at 6:30 p.m. The annual event brings together all bands from across Shelby County. (Reporter photo/Alec Etheredge)

COLUMBIANA – Shelby County High School (SCHS) in Columbiana will be hosting the 2016 Shelby County Showcase of Bands on Tuesday, Sept. 13, an event held every year to bring together all bands from across the county.

Last year the event, which rotates annually between different Shelby County schools, was hosted at Helena High School and saw a packed crowd. This year SCHS band director Tom Grigsby said he is excited to see the event come to his school and the city of Columbiana.

Grigsby has been at SCHS for 20 years, spending all of that time as the head band director.

“For us this is like an extra football game, we will have a lot of people in town that night and look forward to packing this place out,” he said. “It will spotlight our school and show what is going on in our great city.”

Grigsby said Columbiana is far enough away from the big city to where you don’t feel like you’re in the cluster of everything, but it’s close enough to the big city that you can get there without any problems.

“Everything at Shelby County High School might not be the newest or the biggest, but the people here have a real pride and passion for everything,” he said. “Everybody is just really close knit and come together to support each other.”

Grigsby said that he has a close relationship with SCHS head football coach Heath Childers, saying that he has great respect for him and what he does because they both do the same thing, “teach kids.” He also said that transfers to all of the programs throughout the school and community.

The name of this year’s show being put on by the band is ‘Motivations, the Agony and the Ecstasy,’ which will include songs from Metallica, Leonard Cohen and the Foo Fighters.

“I’m exposing them to the classics and keeping it (rock ‘n’ roll) alive,” Grigsby said. “It’s not stuff you hear on the radio every day unless you are tuned in to a certain station.”

The showcase will begin that Tuesday at 6:30 p.m. with the national anthem.

“We’re so proud of our school and the administration, and we want everybody to know that Columbiana might be the best kept secret in Shelby County.” 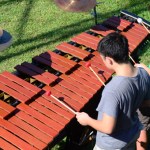 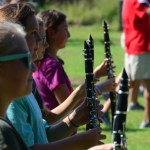 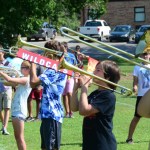 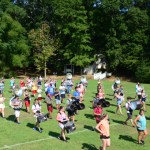 A developer is looking to bring “The Ledges at Grande View” to a currently vacant lot near the intersection of... read more