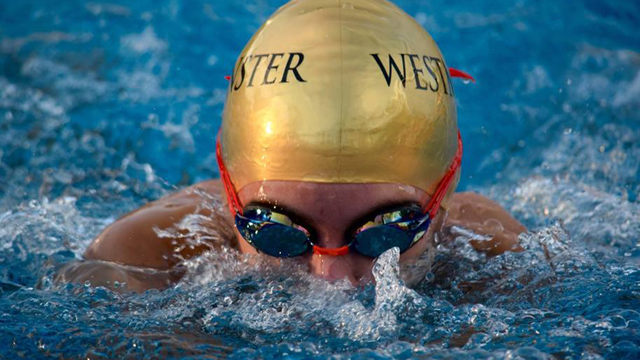 The Westminster School at Oak Mountain swim team will start its second season on Sept. 15. (File)

With the fall and the start of a new school year comes obviously football season, as well as cross-country and volleyball season. Those three sports tend to dominate the sports landscape for the first few months of the year before attention turns primarily toward basketball in the winter. However, there are other sports taking place between September and November that don’t get much publicity, and one of the least-talked-about sports going on during this time is swimming.

The Westminster School at Oak Mountain is set to begin its second season with a swim team this fall, and the Knights are ready to get things going. Joe Raines, one of the assistant swim coaches at Westminster, spoke to why the Knights wanted to get a swim team started in the first place last year.

“We had seen, particularly in north Alabama, the success high schools had had as far as having regular season swim teams leading up to regionals and state,” Raines said. “We felt like we could do that in central Alabama as well. There are a lot of swimmers who swim for club teams and swim year-round, but we felt like there were a number of kids who may not want to swim year-round, but want to swim for their school.”

For years in central Alabama, there has not been a traditional regular season swim meet. Swimmers in the Birmingham area swim for local club teams most of the year, and take part in the region and state meets for their high schools as a side project. Raines and the Knights felt there would be benefit in opening up a regular season swim team for the students at Westminster who might not want to commit to swimming 11 months out of the year.

Without a designated group of schools with regular season swim teams in central Alabama, the Knights had to join the northern Alabama high school league last season, and made trips to places like Cullman to take part in regular season meets. Raines and the Knights are taking it upon themselves to try to expand regular season swimming to the Birmingham area, and have seen interest from schools like Homewood, Mountain Brook, Briarwood Christian and Thompson, to name a few.

Another wrinkle to the 2016 season is that the state meet will now be divided into two separate meets. The meet has always been broken down into a 1A-5A class and a 6A-7A class, however in years’ past, swimmers from both classifications have been lumped together, and the times have been separated at the end. This season, there will be two different meets, just like in track and field or any other sport. As a result, the qualifying times to make it to the state meet have been altered at the 1A-5A level, which Westminster is excited about.

“We’re excited about being able to be competitive at the 1A-5A level,” Raines said. “We’re expecting to take a large group to Auburn for the state meet.”

Westminster will host its first meet of the year on Sept. 16, and the meet will include teams from Thompson, Prattville Christian, Chelsea and Trinity. The Knights will also hold a meet on Sept. 28 as well, and both meets will be held at Lifetime Fitness in Vestavia Hills.