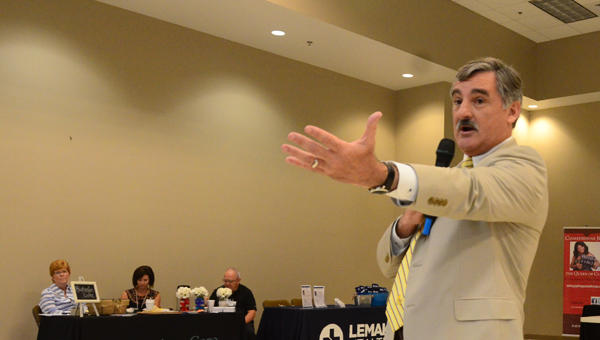 COLUMBIANA – The South Shelby Chamber of Commerce held its monthly luncheon at First Baptist Church of Columbiana on Thursday, Sept. 1.

Businesses from the Shelby County area set up booths and people networked before enjoying a catered lunch and listening to Montevallo President Dr. John Stewart address everyone in attendance.

Stewart started out his speech talking about the stress of jobs and how you can’t take everything too seriously or eventually the stress will overwhelm you.

To get his point across he shared a story about his grandson during a big event that was being hosted at his house with “important people.”

During the event he told his grandson to be good and behave, but when his grandson decided to do something funny, Stewart laughed and knew he was taking everything too seriously.

The rest of the speech highlighted the success that the University of Montevallo is currently experiencing.

The first thing he highlighted was how well the four-year colleges in Alabama were doing, saying they have $20 billion worth of economic impact in Alabama, 69,000 employees and 192,000 students; also mentioning UAB employs the most people in the state.

Stewart also said Montevallo, according to U.S. News and World Report, was named the No. 1 institution in Alabama to get a master’s degree.

“We’re very proud of that,” he said. “We are also the 15th highest in the entire Southeast, but our goal is to eventually be No. 1 in that category as well.”

Stewart’s third slide of the presentation was titled “Smaller is better,” saying he knows they are a small university, but that is something they pride themselves in. He made sure to point out that they offer seven of the top 11 job placement programs after college.

“Just because we are a small university doesn’t mean we don’t take job placement seriously,” he said. “I was very surprised, but happy to find out that we offer several of those programs to our students so they can be successful after they leave Montevallo.”

The biggest topic he brought up during his speech was an outdoor scholars program, while at the same time shutting down talk of a football program.

“I get a lot of pressure to start a football program because football is a religion here,” Stewart said. “Football is only profitable for the big schools across the United States so I came up with another idea that would bring young men to Montevallo.”

He asked the question of what is bigger than girls and football to a lot of guys in Alabama? The answer he gave was hunting and fishing.

“This gives young hunters and fishermen the chance to earn scholarship money to attend the University of Montevallo,” Stewart said. “We’ve had applications from people as far away as California and Oklahoma that are interested in the scholarship.”

Stewart said he felt this would help draw in more people to the university in a more cost efficient way than football and said Alabama is the perfect place to try something like this out.

He then ended the luncheon talking about how important it is for young people to get a college degree and encouraged any parents to help their kids make that stride in life.

“Everything I read says that college graduates will earn $1 million more than a non-college graduate,” he said. “Encourage your young people to get a degree, even if it’s not at Montevallo. It really will help them in the long run.” 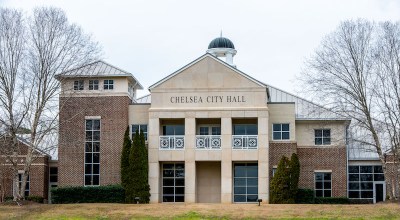 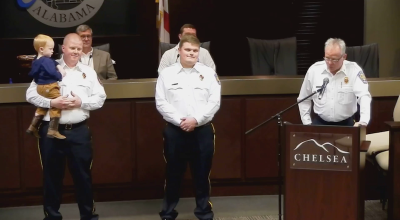