Picklesimer on board for Municipal Court in Chelsea 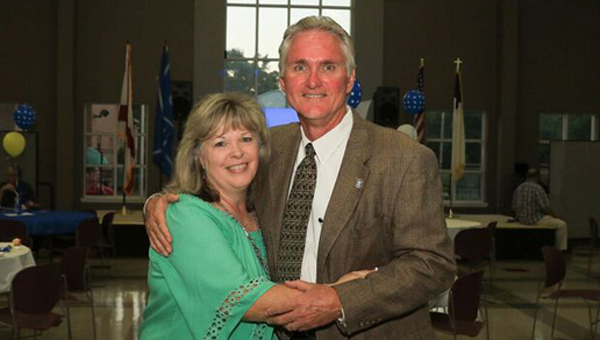 Tony Picklesimer is on board with establishing a municipal court in Chelsea. He shared his thoughts about how the city would go about it on his Facebook page. A run-off election is scheduled between he and Dale Neuendorf on Tuesday, Oct. 4. (Special to the Reporter/Dawn Harrison)

CHELSEA – Chelsea mayoral candidate Tony Picklesimer has made a power move as he laid out a plan for a Municipal Court on his Facebook page Thursday night, Sept. 1.

Setting up a municipal court has been a hot topic throughout the election season in Chelsea and is heating up prior to the run-off election on Tuesday, Oct. 4 between Picklesimer and Dale Neuendorf.

“In response to several of my supporters, I have reached out over the past three days to multiple sources to get accurate budget numbers for a municipal court operation in Chelsea,” Picklesimer said.

This comes on the heels of current Mayor Earl Niven warning all candidates at a pre-council meeting to be weary of establishing a municipal court, saying it would lose the city money.

“I have spoken with multiple judges, prosecutors, attorneys and agents of the court systems in surrounding cities, both larger and smaller than our city,” he said. “I have also communicated with the Alabama League of Municipalities. The consensus is that the numbers being stated by others as to the cost of formation and operation of the Municipal Court simply are not true and accurate.”

Picklesimer stated that his hope was for a one day a month municipal court that would only hear three types of cases: Traffic violations, municipal ordinance violations and zoning issues.

“This would only require a staff of four part-time employees and the city clerk would assume the position of magistrate,” he said.

He then outlined what the budget for this type of project would be saying the cost would be between $4,000 and $5,000 per month, which he said makes up only 1 percent of Chelsea’s monthly budget.

Picklesimer also added that there would be no “Brick and mortar” costs, as the council chambers would serve as the courtroom.

“To be clear this has never been about revenue to me,” he said. “This is about keeping our citizens safe, protecting our property values and having sovereignty over our city streets and roads.”

He also said the goal for Chelsea would be to grow its contract with the Shelby County Sheriff’s Office to add additional enforcement to give the city the full amount of safety necessary.

“We will let the county continue to handle trying criminal cases, but they just can’t hear our ordinance and zoning cases because of the backlog of misdemeanor cases,” Picklesimer said.

He made sure to point out city ordinances and neighborhood covenants were two completely separate things and the court would hear only city ordinances.

As previously mentioned the run-off will be held Tuesday, Oct. 4at city hall in Chelsea. Polls will open at 7 a.m. and stay open until 7 p.m.