$38,000 worth of medication stolen from pharmacy

HOOVER – Burglars made off with more than $38,000 worth of medication from Walgreen’s off Doug Baker Boulevard on Aug. 28.

The Shelby County Sheriff’s Office is investigating the incident and seeking help from the public in identifying two suspects captured on surveillance video. 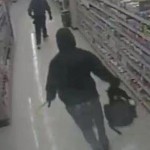 The suspects wore masks and dark clothes during the crime.

When deputies arrived, they saw evidence of a burglary targeting medication inside the pharmacy.

SCSO Capt. Jeff Hartley said there have been no other such crimes reported in Shelby County.

Nothing other than medication was taken. The value of the lost property was estimated by the pharmacy to be over $38,000.

Anyone near Doug Baker Boulevard at the time of the incident who saw any suspicious people or vehicles are asked to contact Investigator Andrew Stanley at 670-6173.

Or, anonymous tips can be left at ShelbySO.com/report.php.

“Any assistance from the public is welcomed, and our Sheriff’s Tip-line or a call to Crime Stoppers could certainly go a long way to helping us solve this crime,” Hartley said.

From Staff Reports PELHAM – The family of a teenager who was hit and killed by a vehicle in front... read more