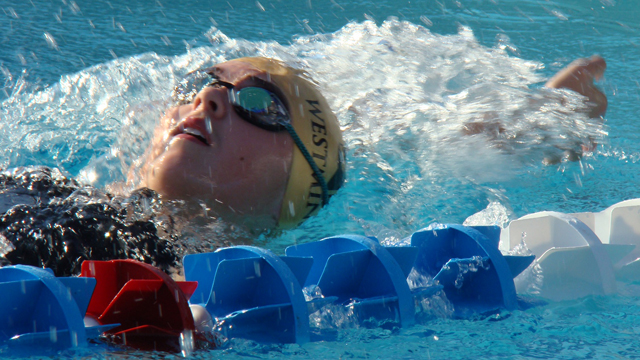 The Westminster School at Oak Mountain took part in a triple dual meet in Cullman alongside Westminster Christian, Randolph and Cullman on Sept. 6. (Contributed)

CULLMAN – The Westminster School at Oak Mountain swimming and diving team opened their 2016 season on Sept. 6 with a triple dual meet in Cullman, The Knights took part in the meet alongside Westminster Christian, Randolph and Cullman.

The Knight boys defeated Cullman and Westminster Christian, and lost a very close matchup with Randolph, while the girls lost each of their matches. The team had several strong performances, with new school records set by Campbell Lemons (200-yd. freestyle), Nate Purcell (50-yd. breaststroke), Laura Clayton Raines (50-yd. butterfly) and both the boys 200-yd medley and 200-yd. freestyle relays.

The Knights next meet is Sept. 15 at 5:00 pm at Lifetime Fitness in Vestavia Hills, when they will be hosting the Westminster Sprint Invitational.