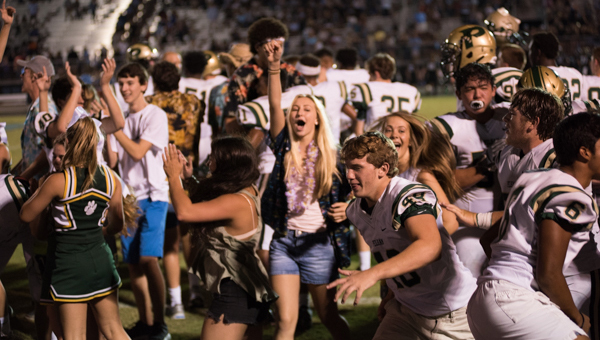 Pelham students and players celebrate on the field after upsetting Helena 27-23 on Friday, Sept. 9 at Husky Stadium. (Reporter Photo/Keith McCoy)

HELENA–In a back-and-forth thriller, the Pelham Panthers ended their losing streak to upset rival Helena 27-23, as the game will go down as an instant classic in the teams first-ever match up as 6A area opponents.

The Panthers drove the majority of the field as Pelham senior quarterback Eli Hudson made multiple plays on the drive but none bigger than a long pass completed to freshman wide receiver Matthew Plummer that put the Panthers at the Helena two-yard line.

Pelham would take advantage of the long pass, as Jon Drake plowed in from two yards out off the left side to give Pelham the lead for good with 42 seconds remaining in the game.

The Panther defense stood tall and a last chance effort fell short for Helena as Pelham earned their first win of the season 27-23 in thrilling fashion.

“I’m really pleased with our kids and I think we’ve done that all year long with the exception of one half of football in the first two weeks,” said Pelham head coach Tom Causey. “I give our guys credit they kept fighting and doing what we ask them to do and give Helena credit. Every time we’d go down and score, here they’d come back and I just thank the good Lord that there wasn’t but 40 seconds left in the game. You know, we needed this win and it’s big for our school, big for our team and big for our community and I’m really excited for our guys with it being the first Pelham-Helena football game.”

Hudson made plays with both his arm and feet as he finished 4-9 passing for 119 yards and two touchdowns. Hudson rushed 15 times for 112 yards.

Both teams opened the game sluggish as the Huskies offense was hampered by a costly turnover and numerous penalties and Pelham couldn’t get things cranked up on the offensive end either.

Momentum shifted however when Helena was faced with a 3rd-and-37 from their own 48-yard-line early in the second quarter.

Helena senior quarterback Riley Davis floated up a pass down the near sideline and receiver Justin Stuckey went up and came down with a huge reception to give the Huskies a first down and goal from the 8-yard-line.

A few plays later, Helena running back Nash Adams dove into the end zone from one yard out to put the Huskies up 7-0 early in the second quarter.

On Pelham’s next offensive possession they would answer by converting a key play of their own.

The Panthers faced a 4th-and-1 from the Huskies 10 and Pelham running back Nicholas Blackburn burst through the line and into the end zone to pull the Panthers within a point.

Helena still lead 7-6 with 5:18 left in the second quarter after a Panthers missed extra point.

The Helena offense would again answer the bell near the end of the first half.

An 18-yard-run by Huskies running back Devan Walker set up another touchdown run for Adams.

Adams dove in from three yards out for his second touchdown of the game and Helena led Pelham 13-6 at halftime after the Huskies missed the extra point.

Helena was given great field position on their first offensive possession in the second half starting on Pelham’s 36-yard line but could only manage to get a field goal to extend their lead to 16-6 with 7:43 to go in the third quarter.

Pelham and Hudson would respond on the next drive as Hudson threw a 29-yard touchdown strike to Panthers wide receiver Seth Thorman to cut Helena’s lead to 16-13.

Pelham would get a stop on the defensive end, and with eight minutes to go in the ballgame the Panthers completed a gritty five-play, 75-yard drive capped off with a 47-yard touchdown pass from Hudson to Tyler Wages on 4th-and-5 to give Pelham their first lead 20-16 with 4:58 to go in the game.

Helena would not go down with a fight as the Huskies drove 67 yards in seven plays as Davis scored from one yard out on a quarterback sneak to regain the lead for Helena 23-20.

With 2:22 to go, it left too much time on the clock for Pelham as the Panthers answered with a game winning touchdown drive for the dramatic victory as the Pelham student section rushed the field at Husky Stadium.

Pelham converted 5-6 fourth down plays and finished with 317 total yards on offense. 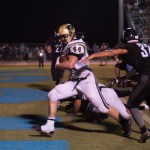 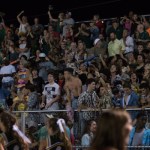 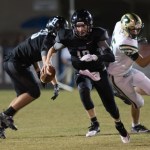 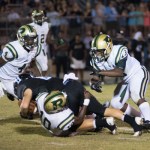 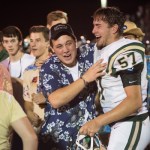 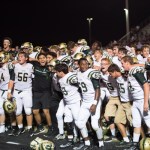 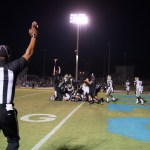 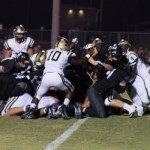 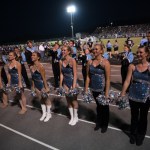 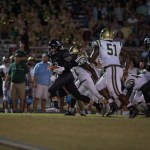 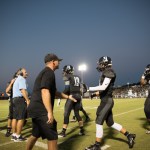 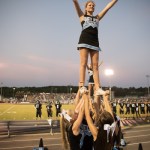 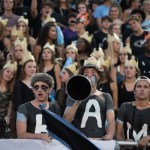 Through three weeks of the 2016 football season, Chelsea has one of the most high-powered offenses in the state. (File)... read more