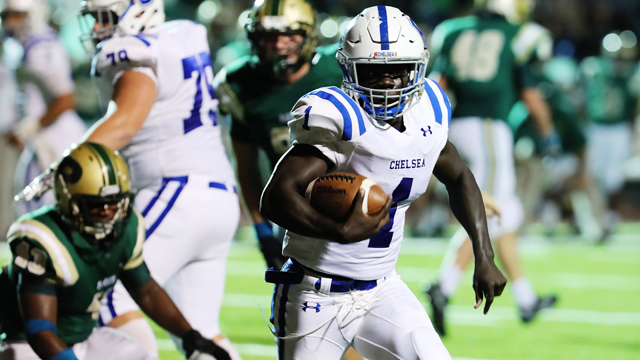 Zalon Reynolds scored three rushing touchdowns against Pelham on Sept. 16 to lead the Hornets to a 55-35 win. (Contributed / Cari Dean)

PELHAM – With just less than four minutes remaining in the first half of Friday night’s contest, the Chelsea Hornets had the ball and were driving downfield against the Pelham Panther defense. The Hornets had started this drive from their own one-yard line, but thanks to a proficient rushing attack had marched all the way down to the Pelham 32-yard line in less than four minutes.

Senior quarterback Matt Marquet took the snap and proceeded to make a routine handoff to backfield and classmate Zalon Reynolds, who danced for a moment in the backfield, before bulldozing over no less than five Pelham defenders on his way to the end zone, his second of what turned out to be three touchdowns on the night. Reynolds’ highlight-reel score gave Chelsea a 35-14 lead over Pelham, and the Hornets eventually won 55-35, moving to 4-1 (2-1) on the season while Pelham dropped to 1-4 (1-2).

“I thought for the most part we played pretty well tonight,” Chelsea head coach Chris Elmore said after the game. “Obviously there were a few things defensively that weren’t right for us, but I know offensively we played pretty well. I don’t if we’re doing a great job blocking but Matt and Zalon were doing a great job running. They maybe made us look a little better than we actually executed.”

While Chelsea eventually ran away with this game, in the third quarter especially, much of the fist half was a shootout. The first play of the night from scrimmage, Pelham’s Eli Hudson hit wide out Tyler Wages over the middle, and Wages promptly ran 70 yards, untouched, into the end zone to give Pelham a 7-0 lead before 10 second had run off the game clock.

“Offensively I thought we started off really, really hot,” Pelham head coach Tom Causey said after the game. “We got going in the beginning. (But) Chelsea’s got an unbelievable offense, and you knew they were going to execute. We knew it was going to be like that, we knew we were going to need to get stops when we could, that’s how talented they are on offense, and we couldn’t match them in the second half.”

After Pelham’s quick start, the Panthers held the lead for all of one minute and 11 seconds of game time, as Chelsea promptly marched down the field and Marquet scooted around the left side of the offensive line to score an 11-yard touchdown, which made the score 7-7 early.

On Chelsea’s next possession, the Hornets were on the move again when they employed a little trickeration to get into the end zone. From the 32-yard line, Marquet pitched to Reynolds around the right side, but instead of taking off running, Reynolds pulled up and threw an albeit wobbly but nonetheless accurate ball to a wide open Hunter Blackburn, who scored without being touched.

Another Marquet touchdown from 23 yards out and a Reynolds’ five-yard score preceded Reynolds’ highlight run of the night. In between Chelsea’s offensive barrage, Pelham got on the board again with a gritty five-yard plunge from Nicholas Blackburn that came on the tail end of the Panthers’ most consistent and impressive drive of the night.

Down 35-14, Pelham struck again before half. With less than two minutes remaining in the first half, Hudson found Wages again on a five-yard out route, which Wages turned into a 68-yard score, his second of the night from 60-plus yards. That brought the score to 35-21 heading into the half.

The Panthers’ offense had chances in the first half as well. Pelham’s receivers got behind the Chelsea secondary on a number of occasions, especially newcomer Seth Torman, but Hudson could never connect on the deep ball, missing on a number of tries by less than a yard.

Trailing 35-21 coming out of the half, Pelham tried to grab momentum with an onside kick effort, which failed. A pair of Jeffrey Thomas field goals from 26 yards and 42 yards respectively quickly made the score 41-21, and after Reynolds added his third touchdown of the night, the starters were called and the second team for both Pelham and Chelsea finished the last quarter and a half.

“We said back in the offseason we wanted to be 1-0 every week, and each week, win or lose we want to put that one behind us and go on to the next week,” Elmore said after the game. “We’ve got Gardendale at home next week, which will be a big game.”

Chelsea will take a break from region play and will host Gardendale next week before hitting its bye week, while Pelham on the other hand will travel to play rival Thompson next week. 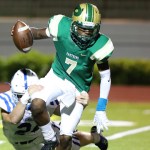 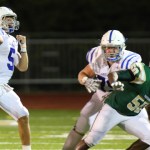 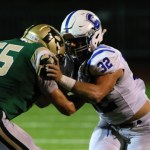 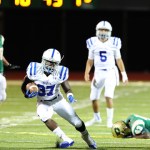 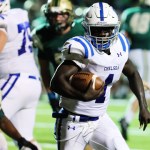 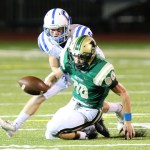 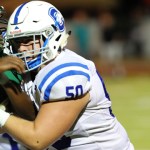 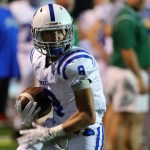 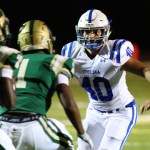 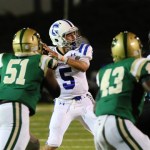 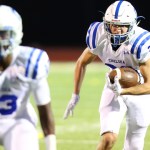 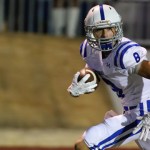 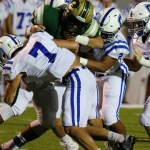 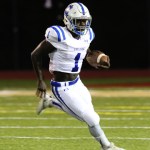 Aremee Calloway broke loose for a 29-yard run, which would end up being the longest Shelby County play of the... read more