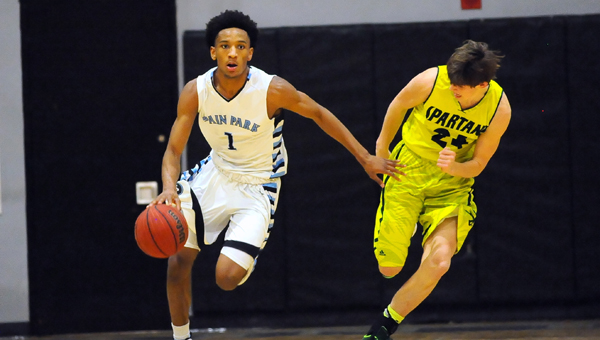 HOOVER – After his senior year at Spain Park High School, basketball star Jamal Johnson will take his prodigious talent to the University of Memphis.

Jamal Johnson committed on Sept. 12 to Memphis over offers from UAB and others.

“He can do a lot of stuff,” Quinn said. “He’s really a combo guard. He’s capable of playing point, but his forte is shooting and scoring.”

Quinn said Johnson is also an effective defender and rebounder. He would often grab defensive rebounds for the Jaguars and then start a fast-break himself.

“That’s something they’re getting that I think they’ll be surprised by,” Quinn said.

After a junior season in which he averaged 18 points, seven rebounds, four assists and one steal per game, Johnson was named to the Shelby County Reporter’s All-County basketball team.

Johnson helped the Jaguars to the Class 7A semifinals, and he has one season remaining at SPHS.

In addition to his skills on the court, Quinn said Johnson is a committed student in the classroom.

“He works out all the time,” he said. “He’s gotten a lot stronger, and his leadership is something he’s continuing to work on.”