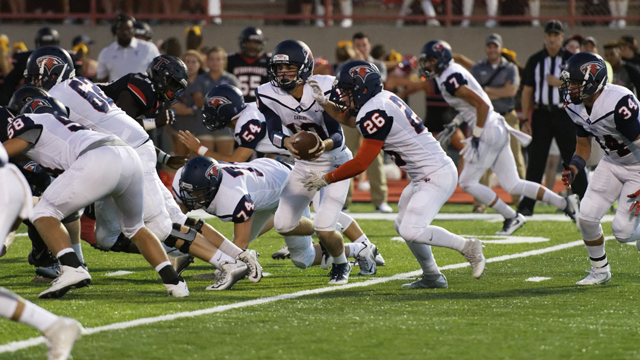 ALABASTER – It was a beautiful night for homecoming at Larry Simmons Stadium as the Thompson Warriors hosted the Oak Mountain Eagles. Unfortunately for Thompson, it was also a full moon and as luck would have it, the Eagles scored in the final seconds to take a 30-28 victory. Down 28-24 with time running out, Oak Mountain’s sophomore quarterback Jackson Kimbrell rolled to his left and fired a desperation heave to the end zone, and the ball was caught by Oak Mountain’s Ethan Duncan, giving the Eagles an incredible 30-28 win, which moved them to 2-3 (2-1) while Thompson fell to 2-2 (1-2).

The Eagles fumbled the opening kick-off, but recovered to start their first drive at the 15-yard line. The Thompson defense kept the Eagles on their heels and forced the punt.

A nice punt return by the Warriors’ Trey Turnbow set Thompson up at the 41-yard line. Corey Burroughs was the workhorse of the first drive that was capped by a 16-yard touchdown run with 7:16 remaining in the first quarter. Logan Brown’s kick made it 7-0, Warriors.

The Warriors started their next drive in Eagle territory and this time it was Shadrick Byrd carrying the rock, and Caleb Ragland connecting on a couple of passes during the drive. Ragland connected with Alondae Vasser for the 19 yard score. Brown made it 14-0.

Oak Mountain drove 7- yards on their next possession and score their first touchdown on a 12-yard run by Daniel Salchert.

Thompson’s offense looked unstoppable at this point in the game. A methodical drive on their third drive led to the same result as the previous two. Capped by a two-yard touchdown run by Burroughs, the Warriors took a commanding 21-7 lead.

The Eagles fumbled the ball back to the Warriors on the next drive, only to have the their defense intercept a Ragland pass to put them back in offensive mode. Starting at their own 13-yard line, the Eagles used a strong ground game to move the ball down the field and pulled within seven at the 4:17 mark.

They added another score late in the half and the two teams headed to the locker room knotted at 21.

Thompson scored on a 71-yard pass play from Ragland to Sam Holmes in the third quarter for their final score of the night. Heading into the fourth, the Warriors held a 28-21 lead.

After scoring a field goal early in the final quarter, the Eagles defense held the Warriors on fourth and three at the Eagles 19-yard line. With 50 seconds left in the contest, the Eagles began their drive with no timeouts remaining.

With the student section already making their way to the sidelines, the final drive provided a roller coaster of emotions. The Eagles moved out to midfield, but then Myles Brown stepped in front of a Kimbrell pass and ran the ball back for what appeared to be the icing on the cake for the Warriors and another score. The play was called back because of a roughing the passer call, giving the Eagles another shot.

Two plays later Kimbrell connected with his receiver in the right corner of the end zone for what looked to be the winning play, but again this play was nullified due to an illegal receiver downfield.  Time for one more play from the twenty-one yard line and Kimbrell was on target as he hit Duncan for the winning score as the clock ran out. 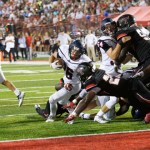 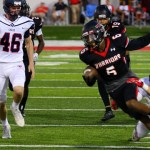 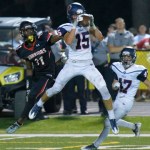 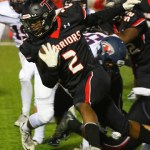 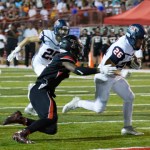 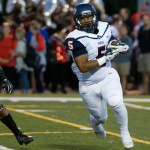 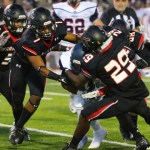 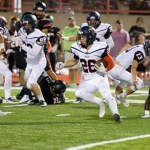 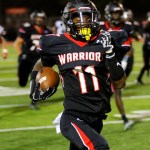 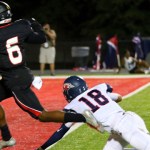 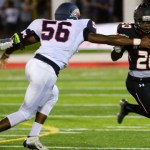 Jon Drake and the Pelham Panthers broke through on Sept. 9 with a huge win over Helena. Can the Panthers’... read more