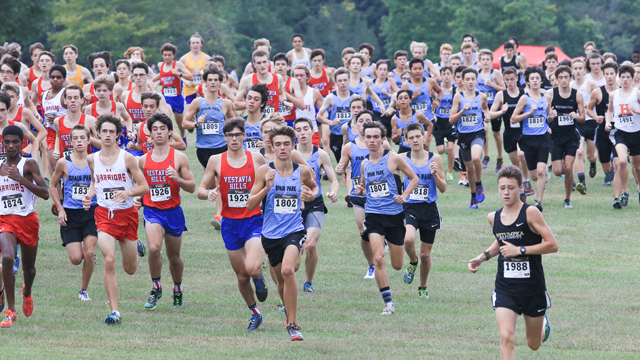 Spain Park was the top county finisher in both the boys’ and girls’ races, and both finished in third place, respectively. The boys were led by juniors Cole Dillard and Morgan Becker and freshman Charlie Trower, who finished eighth, ninth and 10th respectively with times of 17:38.44, 17:39.01 and 17:40.28. The three Jaguar runners finished within two seconds of each other, and paced Spain Park to the third place finish out of 15 boys teams, behind Hoover and Vestavia Hills. Jacob Warner and Elijah McKinley rounded out Spain Park’s scoring five.

The Lady Jags were led by senior Isabel Caddo, who placed third overall in the girls race with a time of 20:46.05. Holland Lidikay, a freshman, finished 13th overall with a time of 21:31.23 and helped secure the third place finish for Spain Park Lily Pudlick, Maggie Baldwin and Haley Hickman rounded out the rest of the scoring five for the Lady Jags, who finished behind Hoover and Vestavia with 89 points.

The top overall county finisher at the meet was Thompson’s Brandon DeMarcus Lee, as the sophomore ran a blazing 16:59.38, good enough for fourth place overall. Lee’s fourth-place finish along with Jacob Wyatt’s 20th-place finish helped lead the Warriors to the No. 4 spot in the boys race with 120 points, six points better than fifth-place LAMP.