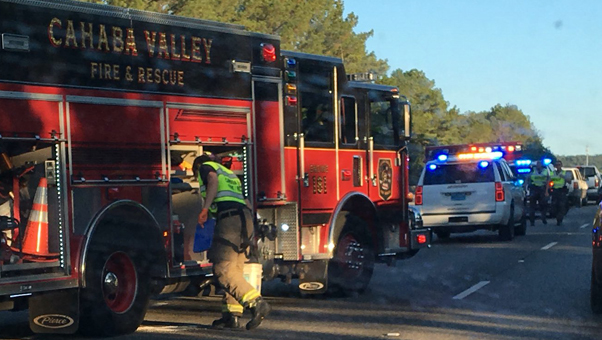 An early morning four-car wreck shut down U.S. 280 to one lane at the intersection of Essex Drive. (Contributed)

CHELSEA – A four-car pile-up has U.S. 280 at a standstill in the city of Chelsea this morning.

The accident, which completely shut down the left lane of the busy highway, occurred early this morning at the intersection of U.S. 280 and Essex Drive heading westbound

This marks the second major wreck in a half-mile stretch of U.S. 280 in less than five days for the city of Chelsea.

Shelby County Deputies and State Troopers were on the scene as well as fire and rescue. Crews were expected to have the scene cleared by 8:30 this morning.

At this time it is unclear if there were any injuries in the accident, but updates will be provided as soon as they are known.