Alabaster dog park named one of the best in America 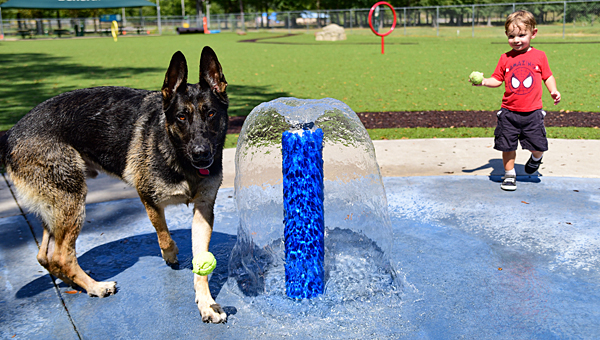 ALABASTER – A national website has named Alabaster’s Beneful Dream Dog Park in Veterans Park as one of the top 10 dog parks in the nation, praising its plentiful offerings to local canines.

Americantowns Media’s website Bestdogparks.info recently released its list of the top 10 dog parks in America, and Alabaster’s came in at No 5. The Beneful Dream Dog Park was one of only three southern dog parks to make the list, along with the Dog Wood Park in Jacksonville, Fla., and the Congressman Bill Archer Bark Park in Houston.

“Dog parks give puppies a chance to get off the leash, hang with other canines, exercise and have some fun in a different and stimulating environment,” read the list. “Dog parks are especially great for dogs that live in an urban environment where they may not get as many opportunities to run freely or to socialize with other pups.

“Currently, there are around 1,200 (dog parks) nationwide, and the number keeps growing: The amount of park space designated for dogs is the fastest growing part of the park sector nationally,” the website read. “Still, these 10 in particular get a big ‘paws up.’”