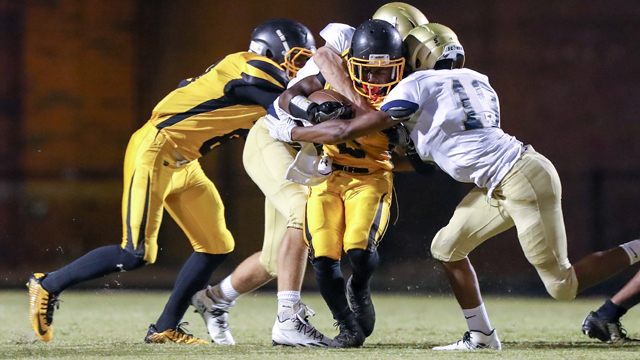 Through the first five weeks of the season, the Briarwood Christian Lions are giving up 15.8 points per game, which is the best average among AHSAA county teams. (Contributed / Todd Kwarcinski)

Through five weeks of the football season, teams have gone a long way toward establishing their identities on both the offensive and the defensive side of the ball. While there is much, much more that goes into judging the efficiency and validity of a team than just how many points they are scoring or giving up, overall points per game and points given up per game is one of the benchmarks used to evaluate teams’ performances. There are two Shelby County schools among the state leaders in points per game at this point in the season, and a number of county schools rank toward the top of their individual classifications as well.

Shelby County is scoring 33 points per game through four games this season, which is good enough for 13th in the 5A class to this point in the year. The Wildcats started out hot at 2-0 but have lost two in a row and currently boast a 1-2 region record. With a non-region game this week against Springville, the Wildcats will return to region play next week at Fairfield. Calera, averaging 31.4 points per game, is 16th in the 5A class in the category as well.