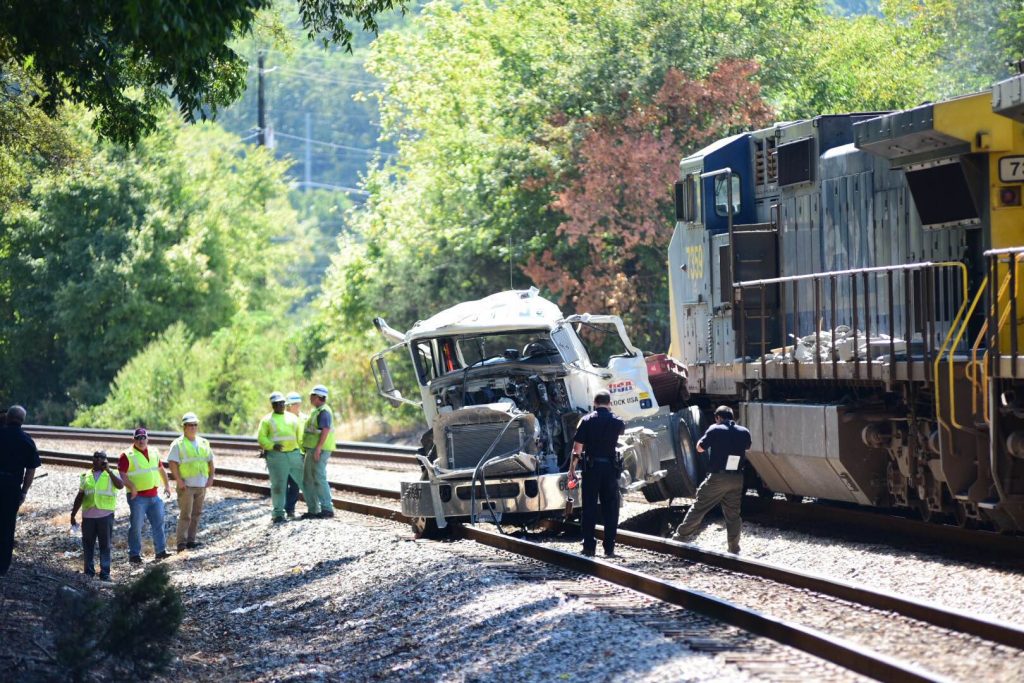 A wreck involving a vehicle and a train shuts down traffic on Lee Street and Shelby Co. 52. (Reporter photo/Keith McCoy)

PELHAM – Lee Street and Shelby County 52 were shut down for several hours following a wreck involving a train and an 18-wheeler truck carrying cement blocks.

The wreck happened at about 10:15 a.m. on Thursday, Sept. 22, according to authorities.

The CSX train was traveling southbound when it collided with the 18-wheeler at the Lee Street crossing. According to authorities, the truck was pushed past the crossing on Shelby County 52.

The driver of the 18-wheeler had to be extricated out of his truck, but was awake as he was transported to UAB by ambulance.

The stopped train blocked traffic on Lee Street, Shelby County 52 and Parker Drive. The roads were not reopened until about 2:45 p.m.

Pelham police said it would take a day or so to sort through witness statements and figure out the cause of the wreck. 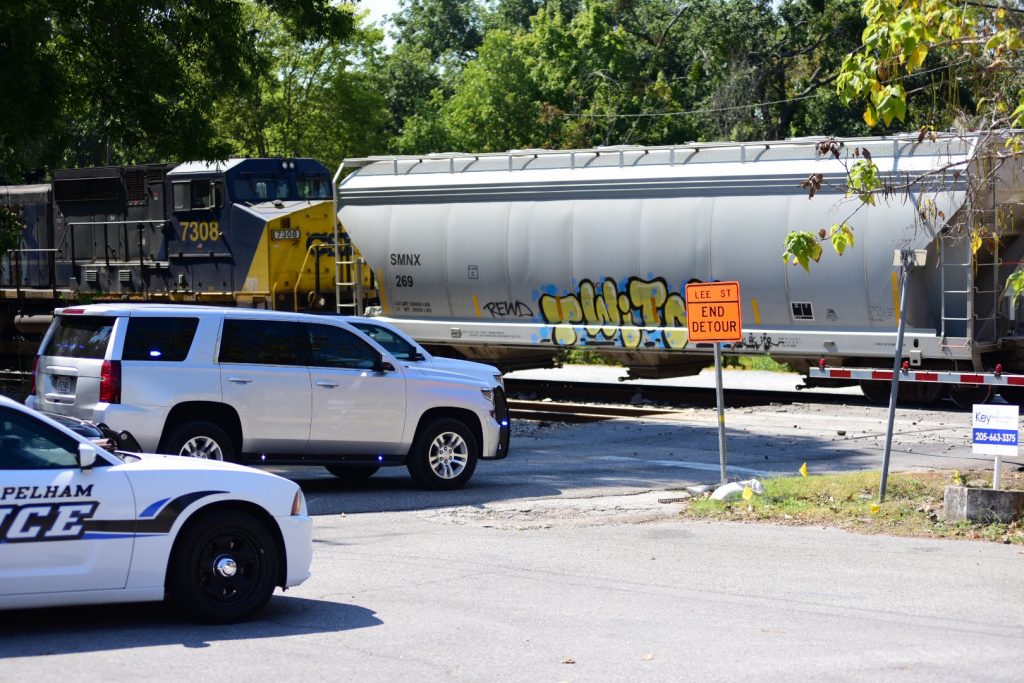 Traffic is stalled after a wreck involving a train and cement truck. (Reporter photo/Keith McCoy)