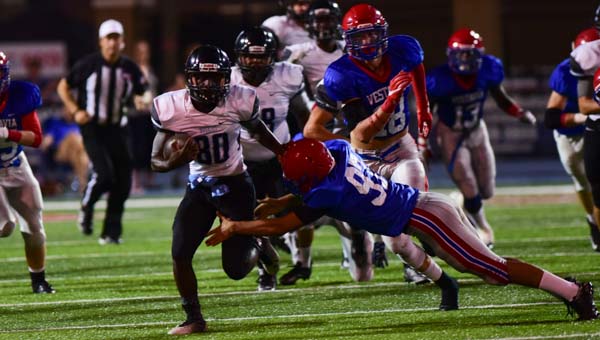 Helena’s Dionte Tolbert (80) returned a kickoff 72 yards in the second quarter in a loss to Vestavia on Friday, Sept. 23. (Reporter Photo/Keith McCoy)

VESTAVIA–Four first half turnovers were too much to overcome as Vestavia capitalized on good field position and ultimately cruised to a 34-12 victory at Thompson Reynolds Stadium on Friday, Sept. 23.

Helena’s second offensive possession yielded the same results as Peoples was sacked hard from behind resulting in a fumble recovered by Vestavia at Helena’s 18-yard line. The Rebels offense took advantage of the good field position and Vestavia running back Toliver Chatwood rushed up the middle for a 6-yard touchdown, putting Vestavia up 14-0 midway through the first quarter.

Early in the second quarter, with the Rebels still leading 14-0, Chatwood burst up the middle for a 55-yard touchdown run to extend Vestavia’s lead to 21-0.

On the ensuing kickoff, Helena’s Dionte Tolbert raced down the sideline for a big 72-yard return, setting up Helena’s offense deep in Vestavia territory.

The Huskies finally got on the board midway through the second quarter as Helena running back Devan Walker scored from 12 yards out to cut Vestavia’s lead to 21-6 after the extra point was blocked.

A key play in the game came when Helena faced a 4th-and-2 from their own 22-yard line still trailing 21-6. Helena faked a punt as running back Nash Adams picked up the first down, but fumbled in the process as Vestavia recovered the ball and returned it to the Huskies 4-yard line.

Chatwood scored on the next play for his third rushing touchdown in the game putting Vestavia up 28-6.

In the second half, Vestavia scored two field goals and Helena added another touchdown on a one yard quarterback sneak from Peoples, but in the end the turnovers were too much to overcome for Helena as they fell 34-12.

“We had several guys out but that happens this time of the season, but Vestavia is a class program and they play really hard,” said Parker. “Our guys didn’t feel like we came out as ready to play as we should but that’s just part of it. We played hard but just made way too many mistakes.”

With the loss, Helena fell to 2-3 on the season and will take on Opelika next week for homecoming on Sept. 30. 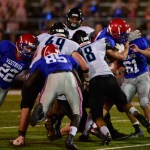 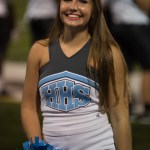 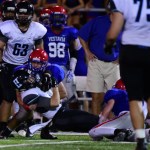 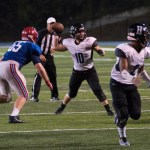 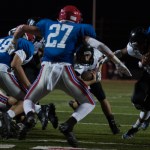 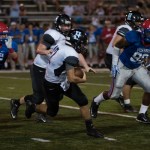 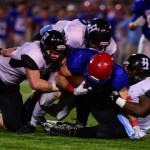 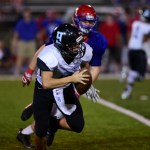 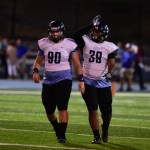 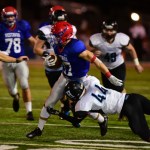 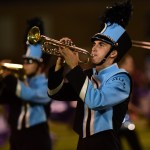 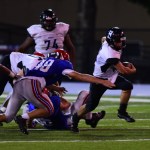 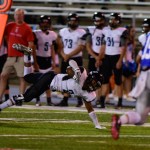 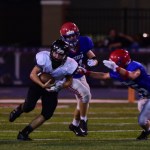 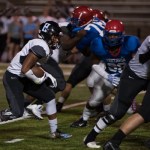 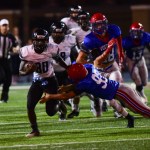 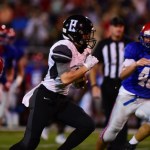 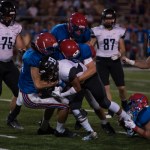 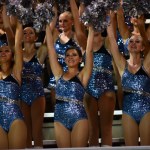 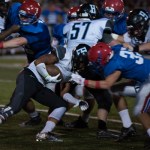 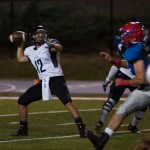 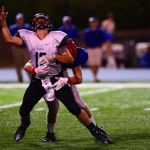 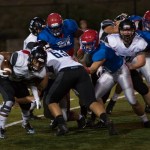 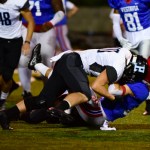 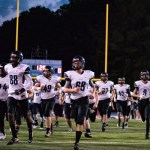 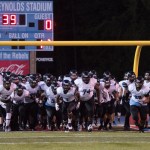 Through the first five weeks of the season, the Briarwood Christian Lions are giving up 15.8 points per game, which... read more