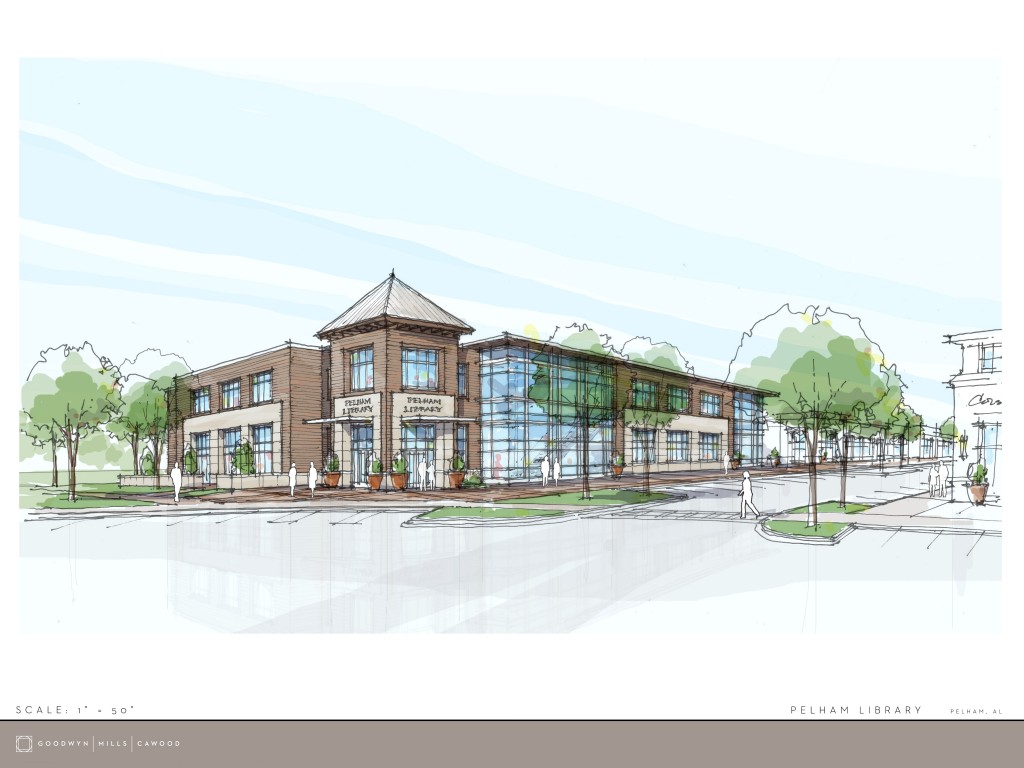 This is the architectural rendering of Pelham’s new library that will be located in the City Center. (Contributed)

PELHAM – The Pelham City Council authorized the mayor to move forward with an architectural agreement with Goodwyn, Mills and Cawood for the construction of the new Pelham Public Library.

City Council President Rick Hayes said the council won’t know for sure how much the project will cost until the bids are opened.

Although the city has the available funds to build the library without taking out loans, Hayes said the council wants to make sure they consider all options before making a decision as to how the project will be paid for.

Mercer said the city’s goal is to begin construction in January 2017 and to have the outer shell of the building complete by the time school starts at the new middle school.

He said the city does not want any major construction happening in the vicinity of students.

Library Director Mary Campbell said the first floor of the library will house the children and young adults sections. It will be a busy and collaborative space, while second floor will be more traditional with study and meeting rooms.

Campbell said the first floor would also include a space with robotics equipment and she is working to secure a grant for a 3D printer.

The current location of the library wasn’t built to be a library, and therefore has some inefficiencies. The building used to house a health facility.

“Currently we don’t have private rooms for the business community and students, and the library uses storage space in City Hall,” Mercer said.

Mercer said there was a crowd at a recent Library Guild meeting. The guild is a nonprofit that works closely with the library to help raise additional funds for it. Mercer said some of those funds might be used to offset the cost of the new library.