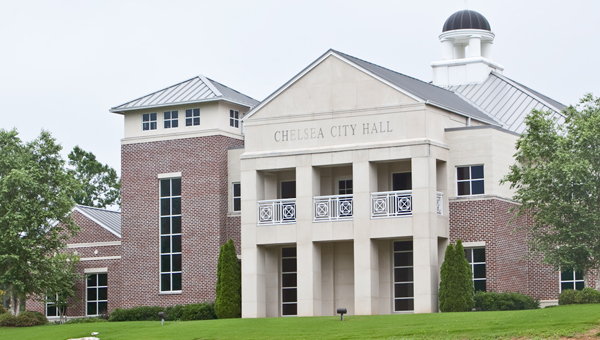 The Chelsea City Council held a specially called meeting on Monday, Sept. 26 to discuss the 2016-2017 fiscal budget, a citation from ADEM and the purchase of signs for the new sports complex. (File)

CHELSEA – The Chelsea City Council called a special meeting on Monday, Sept. 26 to discuss the budget for fiscal year 2016-2017, as well as a citation from the Alabama Department of Environmental Management (ADEM) and the purchase of signs for the new sports complex.

Education resource officers and transport are the other two big revenue builders bringing in $175,000 and $117,500 respectively.

Estimated expenditures are expected to cancel out the revenue with a total of $7,784,000 as well. $2,630,500 of that will go to the fire department and expanding the contract with the sheriff’s office to have more police protection, while the city’s mortgage totals $1,247,426 and miscellaneous expenses add up to an additional $1,295,262.

They also planned for $126,500 in donations, which is mainly budgeted for the city to help Chelsea schools. $15,000 has been set aside for each school and another $25,000 for special educational projects, which will give schools an additional $5,000 in case of emergencies.

In other business, the council discussed a notice of violation they received from ADEM.

After a complaint from a citizen about silt runoff into a lake, ADEM stepped in to originally fine the city $27,100. Mayor Earl Niven negotiated back and forth with the organization and eventually got the fine reduced to $17,500.

“I’m very pleased and disappointed,” Niven said. “Disappointed that we got this notification, but for them to be able to come off that tells me it’s not as serious as they first indicated.”

As they were moving to accept the motion to pay the fine, mayoral candidate Dale Neuendorf chimed in saying, “I’m going to reluctantly vote for it, but I don’t think it is all the city’s fault that we have this fine assessed on us. We’re the ones that have to bear the expense of it, but if everything had been done correctly I think we would have been able to avoid the fine.”

Another concern among several of the council members was if the runoff had officially stopped and if it would return in the future if there was another massive amount of rainfall.

“They’ve corrected the problem and I think this is going to take care of us,” Niven said. “They’re out lifting the silt out of these ponds, so we’re doing everything we can to be compliant.”

The last order of business the council discussed was the future purchase of signs for the new sports complex.

The complex is looking at three signs, one on County Road 11, one for the concession stand and one as you enter the park.

The parking lot sign will cost between $8,900 and $10,775 depending on the resolution they choose, and the concession stand sign will cost $5,200 with LED lighting. That would bring the maximum total cost of all three signs to $94,975.

“I will set up a time that Danny Williams (owner of Reliable Signs) can come talk to us and give us a demo of the 12 and 16 millimeter resolutions,” Niven said.

The next regularly scheduled city council meeting will be moved to Oct. 11 to accommodate the run-off election taking place on Oct. 4 between Dale Neuendorf and Tony Picklesimer to determine the next mayor of Chelsea.

CHELSEA – An 18-year-old woman from Chelsea has gone missing in the last several days. According to a press release... read more