Shelby Baptist to pay Alabaster, county ‘In lieu of taxes’ 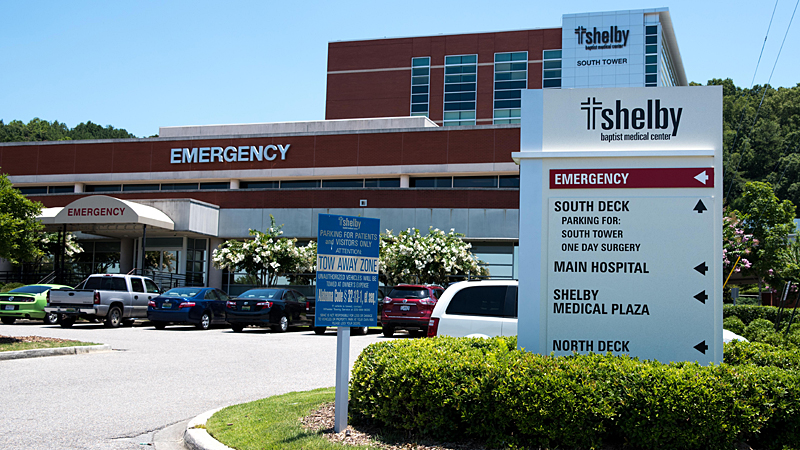 ALABASTER – Shelby Baptist Medical Center will pay the city of Alabaster and Shelby County the same amount it would have paid in taxes, while still remaining tax exempt, through an agreement the three entities have reached.

During their Sept. 26 meetings, the Alabaster City Council and the Shelby County Commission both approved resolutions laying out “payment in lieu of taxes” agreements with the hospital.

As a result of the merger, Shelby Baptist Medical Center became a for-profit hospital, and became a taxable entity.

In October 2015, Alabaster formed the city’s first three-member Medical Clinic Board, which will technically own the Shelby Baptist property, and will lease it to Brookwood Baptist Health.

The arrangement with the city’s Medical Clinic Board grants Shelby Baptist tax-exempt status, but the hospital will continue to pay the city and county what it otherwise would pay in taxes through the “payment in lieu of taxes” agreement.

The agreement means the hospital will not have to pay state taxes, said Alabaster City Attorney Jeff Brumlow.

“They will get tax-exempt status through the arrangement with the Medical Clinic Board, but the PILOT agreement means they will still pay all the tax and license fees they would have paid if they weren’t tax-exempt,” Brumlow said. “That gives them a break on the state taxes, but not on city or county taxes.”

“As part of the PILOT agreement, we have the ability to audit their books whenever we want to, and the county has that right, too,” Brumlow said, noting the hospital will also provide its vendor list to the city.

The hospital’s first payment to the city will come in November, he said.