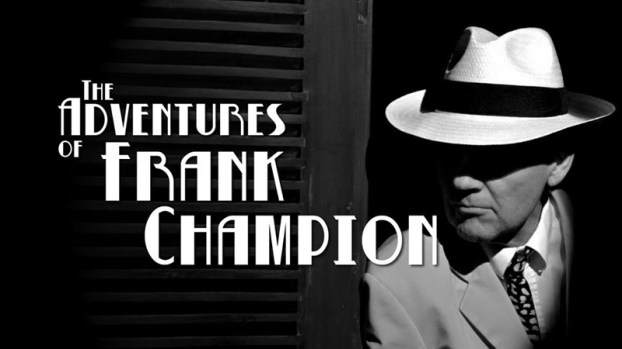 The Alabaster-based APH Radio station will host the live radio show “The Adventures of Frank Champion” as a fundraiser for the Exchange Club of Shelby County. (Contributed)

The Alabaster-based APH Radio is hosting a live radio show Oct. 29 at the Helena Sports Complex. The show will benefit the Exchange Club of Shelby County.

According to the play’s description, Frank Champion is a “crime-fighting Private Eye with a love of flooring.” The film noir inspired comedy was created by Eugene Rowley at APH Radio.

The idea came to him from his love for old-time radio from the ‘40s, considered to be the golden age of radio. Imagine the ubiquity of the Internet and services like Netflix today, but instead of every member of the family staring into their own screen, they circle around a radio set and lean forward in their seats to hear a scheduled broadcast they’ve been anticipating for weeks.

“We want the night to transport people,” said Rowley. He encourages guests to come dressed in their best 1940s costume to take the experience to a new level.

Cast from the show will interact with the audience throughout the show to enhance the effect, according to Rowley. The intimate setting will allow guests to experience the play up close. They will see the actors, musicians, jingle singers, costume changes and commercials all happen live.

“It’s a one-night show and a unique experience,” said Rowley. He said the goal of the show is for people to come out, have fun and enjoy a catered meal while supporting a great local cause.

Tickets may be booked through Facebook.com/ChampionDetectiveAgency or by searching “The Adventures of Frank Champion” on Eventbrite.com. The event has 400 seats, and they are filling fast according to Rowley. Tickets are $50 each for general admission, or $150 for a VIP table for two.