HOOVER – Results from DNA testing have allowed Hoover Police to identify the suspect in a robbery that occurred more than three years ago. 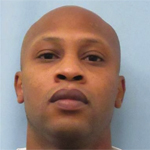 Brezensiki Rashad Wilson, 36, of New Market has been charged with third-degree robbery, and a warrant has been obtained through the Shelby County District Attorney’s office, according to an HPD press release.

Wilson is in the custody of the Alabama Department of Corrections on an unrelated charge.

Hoover Police responded to a “strong-arm” robbery that occurred in the drive-through of Regions Bank off Corporate Ridge Drive in Hoover.

The victim, who worked as a manager for Dollar General, was making the night deposit when he was approached by a male wearing a mask and rubber gloves.

The suspect demanded the bank bag, and the victim struggled with the suspect. During the struggle, the victim tore one of the gloves off the suspect and partially removed his mask.

The suspect was able to get away with the bank bag but left the torn glove behind.

Hoover Police Crime Scene Investigators collected the glove and submitted it to the Alabama Department of Forensic Sciences for analysis.

A DNA profile was obtained and submitted into CODIS, and detectives were notified of a positive match for the DNA sample that was collected.