Why I love Shelby County-Dane Lawley 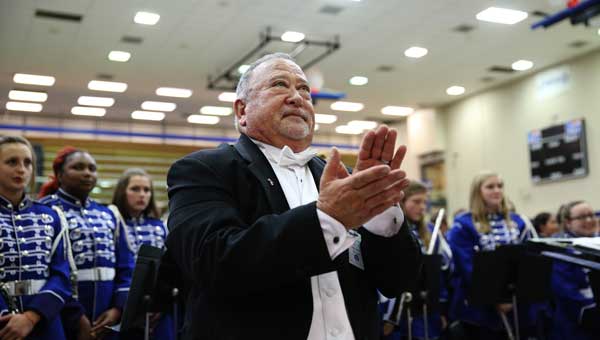 The idea of wanting to live anywhere besides Shelby County is unthinkable to Westover resident Dane Lawley.

Lawley, 59, retired this year from his position as band director at Chelsea High School after 38 years of service.

Lawley graduated from Montevallo High School in 1974 and attended Troy State University, where he earned a BME.

After graduating from college, Lawley was hired at CHHS and began his nearly four-decade tenure directing the band.

He eventually moved to the Chelsea area and married a “hometown girl,” Tania, his wife of 35 years.

“You are always looking for something better, but I never did find a place better than Chelsea High School,” Dane said. “It is such a great community and school. Someone once told me that Chelsea is the best kept secret in Shelby County!”

Their children, Dr. Sabrina Lawley, an audiologist, and Aaron Lawley, a certified gunsmith, both graduated from Chelsea High School.

The Lawleys currently live in Westover and “are having a great time,” Dane said.

They attend New Life Church in Westover, where Dane plays bass guitar on the Praise and Worship Team.

“We have such a great group with a heart for God,” he said.

What do you love about Shelby County?

Shelby County is home! I am from a military family and my father was in the U.S. Air Force for 22 years. We moved around a lot but we always returned to Alabama. All my relatives and my parents live in a little community called Pea Ridge located on Highway 10 outside of Montevallo. I guess you could say that I was a product of Shelby County. I have lived all over the U.S. and even out of the country. Why would anyone want to live anywhere else other than Shelby County?

As the former Chelsea High School band director, what are your plans for retirement?

Do the things that have been on my bucket list for so many years. I am still teaching and working with some of the local music stores on a part-time basis but I am really enjoying doing the things that I want to do, when I want to do them! I still get up at 5:30 or 6 every morning and go to bed early but I don’t have to if I choose to do so. It’s a great feeling. Working 50 or 60 plus hours a week as a band director, even in the summers, will take its toll on anyone. I am enjoying the “time” freedom that I have now.

How long were you a band director at Chelsea High? What other positions have you held over the years?

I was band director at Chelsea High School for 38 years. When I started at Chelsea School we were a unit school with grades K-12 in the same building with one principal and we had 12 band students in grades 7-12. Four of those students were majorettes and one was a flag corps member! We eventually wound up with 21 students in the marching band my first year. In 1992 the high school (grades 9-12) moved to the “new” school on Highway 11. I was still the band director at both schools for several years. Eventually we were fortunate to get a middle school director, Mrs. Deana Rizzo, a Chelsea High School graduate and former student of mine. Mrs. Rizzo is the only middle school director that Chelsea Middle School has ever had and she has been very instrumental in helping to build the band program here at Chelsea.

When did you decide you wanted to be a school band director? Why?

I decided to become a band director very early in high school. It was easy for me since my family was so involved with the old Southern Gospel music. I remember going to all-day singings when my feet wouldn’t even touch the floor from the pews that we sat in. My father played the piano and all of my aunts and uncles sang too. I decided to continue the tradition by becoming a teacher of music.

What is your music background?

I took piano lessons at an early age and as I stated before participated in old gospel style singings. I joined the band in Kentucky in the sixth grade and started on trumpet. The next year I switched to the euphonium and stuck with it throughout high school. In high school I played the euphonium in concert band, trombone in jazz band and the sousaphone in marching band. In college my principal instrument was the euphonium. As a band director part of our education was to learn how to play all of the band instruments. I can make some good sounds on most of them but playing them is another story!

What was your favorite thing about your job?

I really enjoyed working with the students. They kept me feeling young and I probably learned just as much from them as they did from me on a daily basis. Every day was a new adventure that I looked forward to. I cannot remember a “dull” day. Of course you have to remember, band was probably everyone’s favorite class of the day and we had fun most every day making music.

What is the best advice you’ve ever received?

Try to treat everyone fairly, no matter how bad or how good the situation is. That is the philosophy that I taught with for 38 years.

What would you like to tell future high school freshmen about band?

Band is the best class that you will ever take! It is a commitment but the life rewards are so great if you will just persevere. Band teaches you so much more than music.

What is your favorite book?

The Bible is my favorite book. Whenever I have questions or concerns about anything I always try to find the answers in the Bible. There is an answer for everything. You just have to look for it. I am not a scholar or anything even close but I do like to find life’s answers in the “Good” Book!

If you could spend one day in someone else’s shoes, who would it be?

Probably President Obama. Not because I want to run the country but to gain an insight to the pressures and regimen that he goes through on a daily basis and to understand why he makes so many bad decisions that affect the rest of us.

What is something interesting people might not know about you?

I am a staunch supporter of the 2nd Amendment. I am also a gun enthusiast. I have built several rifles in the past several months and I reload my own ammo. I now have more time to shoot all of my guns and try out my different loads for my firearms. 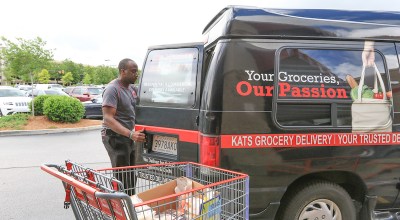 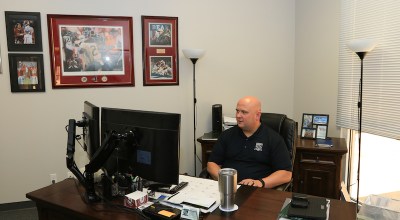 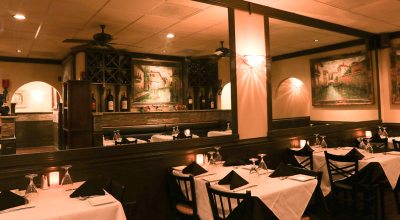