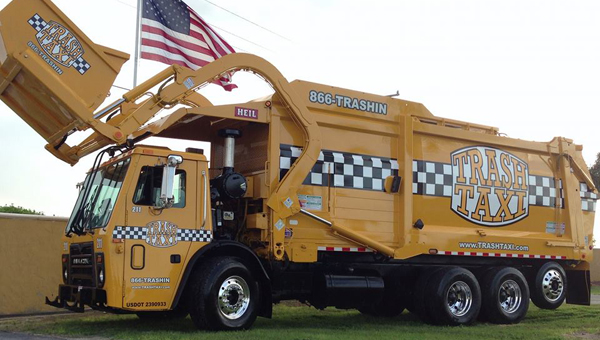 PELHAM – The Pelham City Council voted to extend its contract with garbage and recycling service provider, Trash Taxi, contingent upon Trash Taxi signing an agreement with the city.

At its meeting on Monday, Oct. 3, the City Council extended Trash Taxi’s three-year contract, which was set to end Oct. 31, until the end of January 2017.

The contract extension allows the city enough time to compile data, put together bid specifications for garbage/recycling services and select a provider.

The city will request bids for trash pickup services and list heavy trash, leaf truck, recycling and white goods services as alternates in the bid package. White goods services allow residents to arrange for washers, dryers and other types of household appliances to be picked up by the garbage provider.

Councilman Maurice Mercer said the council hopes to be able to send out bids by Nov. 1. He said it would take a new garbage provider 30-60 days to order and deliver new trashcans and recycle bins to residents.

“The City Council asked the mayor to take the lead on pulling together the appropriate information to help us define what would be best for the city going forward,” Hayes said. “We are not going to base our decision on what others are doing, but we do want to get a look at best practices from cities similar to ours.”

Mayor Gary Waters found that of the 69 complaints made to the city about garbage/recycling services, none of the complaints outweighed the other.

“The number complaints pales in comparison to the 8,700 pickups that are done,” Waters said.

The area of focus for the city is its recycling program.

“Recycling is so complex that we need to gather as much data as possible and figure out what’s the best way to handle this because our bid will likely be for another three-year contract,” Hayes said.

Councilman Maurice Mercer said the city is hoping to find out how other cities handle issues dealing with trash and recycling services.

Based on his findings, Waters said it seems like most places are in the same dilemma as Pelham.

“Recycling is not as sexy as it once was,” Waters said. “Some cities absorb extra costs related to recycling and some add an extra charge for residents.”

“So who should pick up the bill for that – Trash Taxi, the city or residents?” Mercer said.

One idea to inform the public is to place stickers on recycling bins that state which items are accepted and which are not.