HOOVER – The final elected member of the new Hoover municipal government to take office at the beginning of November has been decided. 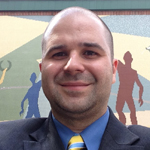 Council Place No. 1 was the only race on the ballot on Oct. 4. All other Council places—and the position of mayor—had been decided in an election on Aug. 23.

Posey will join Council incumbents John Greene, John Lyda and Gene Smith, and Casey Middlebrooks, who won a seat in the Aug. 23 election and then was appointed to finish the remainder of the current term for the vacant seat.

Other Council newcomers will be Derrick Murphy and Mike Shaw.

There will also be someone new in the mayor’s office, as Frank Brocato defeated incumbent Gary Ivey and fellow challenger Steve McClinton in August.

Posey said he would immediately begin getting “caught up,” determining what areas he would be best able to help, and working with the Council and mayor on a new budget for the city.

Until the new administration takes office, the city is being run off a continuation of the previous fiscal year’s budget.

“There’s a lot of work to do,” Posey said. “I wouldn’t have it any other way. I’ve been campaigning for about a year, and then we had the run-off, so I’ve been working and I’m ready to keep working.”

Posey said he thinks his analytical skills and background in communication resonated with voters.

He pointed to frustration over a lack of communication about the construction of a new sports and events center in the city as an example of a situation he hopes he can help avoid.

Posey thanked Hoover voters for showing up in relatively high numbers for a single-race election.

“They really saw the importance of this election,” he said. “I couldn’t be more pleased.”