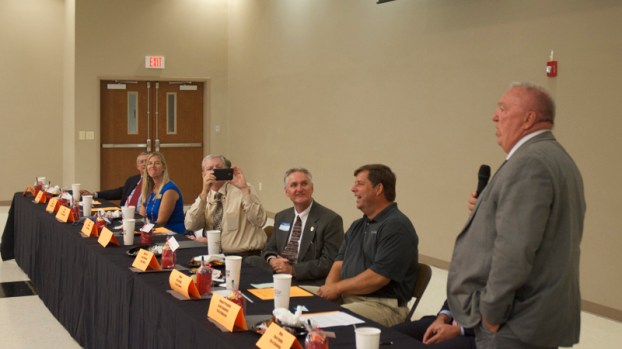 Each of the Shelby County mayors spoke at the South Shelby Chamber Luncheon on Thursday, Oct. 6, to give an update on what is happening in their city. (Reporter photo/Alec Etheredge)

The mayors of Shelby County spoke at the South Shelby Chamber of Commerce luncheon on Thursday, Oct. 6, at the First Baptist Church in Columbiana.

Each mayor gave an update on what is going on in their city and a summary of each of those statements is given below.