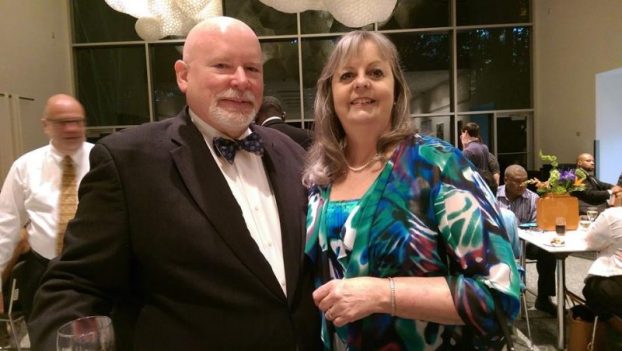 PELHAM – The city of Pelham is hosting a bone marrow donor registry drive Thursday, Oct. 13 from 3-7 p.m. in honor of Judy McCoy who was diagnosed with leukemia in April 2016.

City administrator Paula Holly said Pelham is partnering with Be the Match to host the registry drive. Be the Match is an international organization that focuses on helping those with blood cancers and other life-threatening diseases find a marrow match, which is often the cure.

A cheek swab to get DNA and filling out paperwork is all that’s needed to join the marrow registry. Qualified candidates must be between the ages of 18 and 44, be in general good health and be willing to donate to any patient you may match in the future.

The registry drive was inspired by McCoy who was diagnosed with Acute Lymphoblastic Leukemia, which is normally a childhood cancer. Her husband Rick McCoy is the catering coordinator at McAlister’s Deli in Pelham.

“We do a lot of events with them and we discovered in April that his wife was diagnosed with cancer and we wanted to do something to help,” Holly said.

After two unsuccessful rounds of chemotheraphy – the first lasting for four weeks and the second for six weeks – her doctors decided to try a new treatment.

Judy underwent two 28-day sessions of targeted antibody therapy, which is a relatively new treatment, and she was declared cancer free on Sept. 28. However, her doctors said that a bone marrow transplant would provide her with the best chance of being cured long-term.

Those needing a match are in search of someone who matches their blood tissue type, not their blood type. Tissues types are inherited and patients are most likely to match someone who shares their ancestry. Relatives are not guaranteed matches.

After Judy’s brother and sister turned out to only be a 50 percent match, the idea for a marrow registry drive was born. But in the midst of planning the drive, doctors found a match for Judy.

“A young 23-year-old male is a perfect match for her,” Rick McCoy said. “This just happened in the past week. We don’t know anything about him, not his name or where he’s from.”

A surgical procedure is required to harvest a donor’s bone marrow donation. The typical time commitment for a donor is 20-30 hours spread over a four- to six-week period.

The donation process is completely free for donors. All expenses are paid by Be the Match or the patient’s insurance.

“The sacrifice donors make – how can you properly thank someone who is saving your wife’s life,” Rick McCoy said. “Without this she wouldn’t have the opportunity for long-term longevity at all.”

Although Judy has found her match, the McCoy family still wanted to move forward with the registry drive to help others in their situation.

For more information about Be the Match, go to BeTheMatch.org.