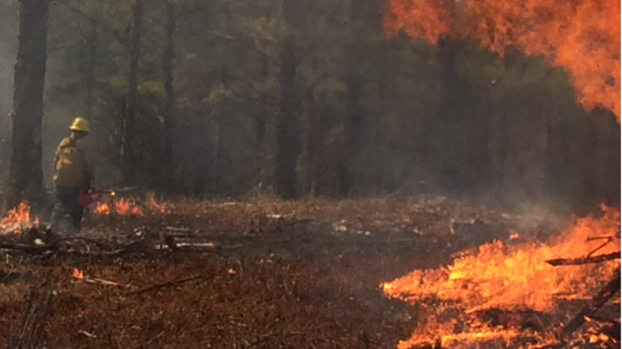 As many of you may be noticing it hasn’t rained in weeks, which has put Shelby County in a Stage 2 drought.

Much of the area has been in a Red Flag Warning as well, which is issued by the National Weather Service to inform local fire stations and land/forest management organizations that conditions are favorable for wild fires.

Because of this the Alabama Forestry Commission has issued a Fire Danger Warning for 46 Alabama counties including Shelby County.

According to the Forestry Commission this warning is issued because of drought conditions, continued lack of precipitation, high probability of fuel ignition and shortage of available resources.

They also stated that in the last seven days, 142 wildfires have occurred in North Alabama, burning approximately 1,500 acres of land.

While October is typically the driest month in Alabama, this one has been historically dry. For example last year at this point, the city of Chelsea had .81 inches of rain to zero inches this year. The average amount of rainfall for the month of October tends to be around 3.4 inches for the city.

Last year Chelsea was under that mark by almost an inch, but this year with only one day of rain forecasted over the next two weeks, October 2016 is shaping up to be one of the driest in history.

Needless to say the drought conditions will stay for a while, meaning conditions are favorable for wildfires, something that concerns Chelsea Fire Chief Wayne Shirley.

“When we’re having to deal with these types of fires that are started senselessly it ties up our resources that need to be used for other things,” he said.

Shirley mentioned three calls they received on Sunday, Oct. 9 at the same time.

“One of them was a brush fire that took all of our resources, so we had to call in neighboring departments to help out with other fires going on in the area,” he said.

Shirley gave a couple of precautions to take when it comes to preventing any kind of brush or wild fire.

“First off we are in a no burn time of year starting Oct. 1 every year, so you shouldn’t be burning anything to begin with. People should also refrain from throwing cigarette butts into any grassy or wooded area, as well as any other item that could spark up a fire.”

The Chelsea Fire and Rescue department has used Facebook to post about fire prevention during these extremely dry conditions and Shirley hopes people will take them seriously.

This prevention technique has spread around to other local fire departments in Shelby County as well, including the Helena Fire Department, which is putting on fire prevention week Oct. 10-14. They have updated their residents that the Forestry Commission has updated the warning to include a burn ban and have asked their residents to dispose of smoking materials in proper places.

Chelsea has dealt with several brush fires over the last few days due to people burning in their yards, which has caused the department to stress in each its Facebook posts to stop doing it, and even warned that ADEM and Forestry personnel can dish out some hefty fines to people found burning.

“People are burning outdoors that shouldn’t be.” Shirley said. “It’s just simple, don’t do it. There are no burn orders for a reason so don’t violate them.”