Rice will replace Allen Pate, who is retiring after almost 30 years of service to the city. 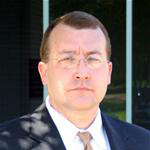 Brocato said Rice will have “some big shoes to fill.”

“One thing that’s very important to me is he has lived in the city of Hoover and raised his children here,” Brocato said. “He’s been a part of this community for most of his adult life. I feel like that’s important to have that kind of connection with the city.”

Brocato said Rice is also well-educated and will bring much experience to the position.

“He checked all the boxes, so to speak,” Brocato said.

Brocato will take office Nov. 7, and he said Rice would begin work with the city the same day.

The Hoover City Council has created a temporary position for Rice for the remainder of Pate’s time with the city, so the two can work together to ensure the transition is a smooth one.

“He showed that he was a capable leader and someone you could count on, someone who is honest and has a servant’s heart—much like Allen Pate,” Brocato said. “That’s why I feel like he will be very successful in this position.”

Rice has been executive director of the Alabama Fire College and Personnel Standards Commission since August 2007.

“He took over the Fire College at a difficult time and…turned it into an internationally acclaimed organization,” Brocato said.

He has also served as president of the North American Fire Training Directors, program coordinator for Fire Science and Emergency Medical Services at Jefferson State Community College, as a consultant to the U.S. Department of Homeland Security’s Center for Domestic Preparedness and as a trauma and flight nurse.

Rice earned a paramedic certificate and Bachelor of Science in Nursing degree from the University of Alabama at Birmingham and a Master of Public and Private Management degree from Birmingham-Southern College.

As executive director for Hoover, Rice will handle day-to-day operations of the city, including overseeing department heads.

Brocato said he also expects Rice to be a valuable asset in recruiting businesses and “changing the face of Hoover in the way we handle growth.”

By BRIANA HARRIS / Staff Writer PELHAM – The Pelham City Council unanimously voted to reject the bid for the... read more