BIRMINGHAM–A 27-year-old Helena man was arrested and released from the Jefferson County Jail on Oct. 12, after allegedly committing several sex crimes including traveling to meet a child for sex, electronic solicitation of a child and transmitting obscene material to a child. 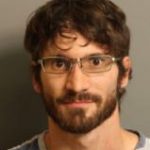 The Gardendale Police Department arrested Paden Lee Habshey, who lists an address in the 100 block of Lake Davidson Lane in Helena, on Oct. 11 and charged him with the three felony charges.

According to his arrest warrants, Habshey allegedly “willfully traveled within the state for the purpose of engaging in an unlawful sex act with a child on Oct. 10.”

Habshey’s warrants also alleged that he “willfully and knowingly transmitted obscene material to a child which depicts actual or simulated nudity, sexual conduct, or sadomasochistic abuse, for the purpose of initiating or engaging in sexual acts with said child.”

Habshey was released from the Jefferson County Jail on Oct. 12 on bonds totaling $35,000.

Traveling to meet a child for sex is a Class A felony, while electronic solicitation of a child and transmitting obscene material to a child are both classified as Class B felonies, according to Alabama law.

Habshey could face up to life in prison for traveling to meet a child for sex, as well as up to 20 years in prison for each Class B felony count.

By NEAL WAGNER / Managing Editor ALABASTER – Several students from each Alabaster school will have a say in the... read more