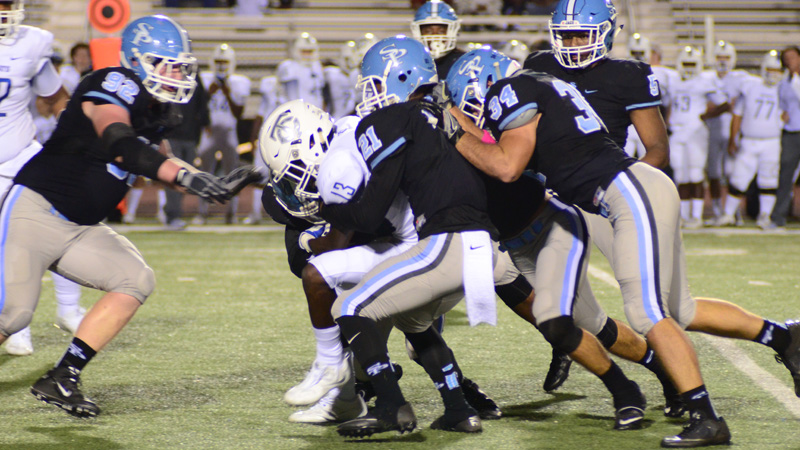 HOOVER – Spain Park could be playing its best football at the most important time of the year.

The Jaguars (6-2 overall, 4-2 region) turned in a dominant performance on Oct. 14 in a 35-0 win over Tuscaloosa County on senior night.

Coach Shawn Raney told his players after the game that they had clinched a playoff berth, but that seeding will not be determined until after next week’s game, including Spain Park’s visit to Oak Mountain.

The Jags could finish as high as second in Class 7A, Region 3, which would earn them a home game in the first round of the playoffs, or as low as fourth, which is the last position to receive a postseason berth.

Raney said he thinks his team has continued to improve each week.

“If you do that, you’ve got a chance,” he said and pointed specifically to the SPHS defense as a unit that has improved since the beginning of the season.

The Jaguars defense allowed visiting Tuscaloosa County (2-7, 0-6) to cross midfield only once in the game—midway through the third quarter.

On fourth-and-seven from Spain Park’s 42-yard line, Cedric Tooson tackled the TCHS quarterback short of the line to gain for a turnover on downs. 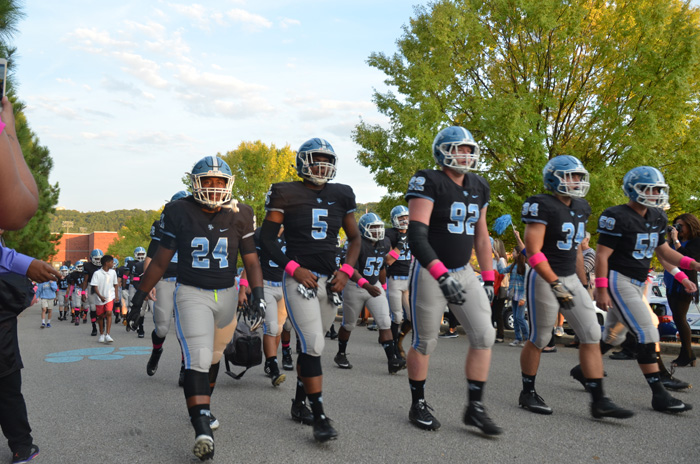 Fans cheer on Spain Park football players as they walk to Jaguar Stadium before kickoff of a game against Tuscaloosa County on Oct. 14.

By that time, the Spain Park offense had built a 35-0 lead by scoring touchdowns on five of its first six possessions.

The only possession that did not end in seven points for the hosts was cut short by the end of the first half.

Spain Park rolled up 361 yards of total offense in the game to 185 for Tuscaloosa County, and 20 first downs to 12.

Hunter Howell was a perfect 11-for-11 passing for 112 yards, while Drew Barker completed four passes in five attempts for 43 yards.

Larry Wooden was the leading rusher with 11 attempts for 76 yards and three touchdowns.

Cole Starr was good on all five of his point-after attempts.

Houston Hollis and Tony Wendes led the Jaguars defense with four tackles each.