MONTEVALLO–Longtime lawyer and fixture within the Montevallo community Mitchell Alan Spears has died at the age of 64. 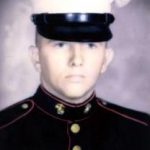 Spears served in the US Marine Corps from 1970 until his honorable discharge in 1976. He graduated from the University of Montevallo with a bachelor of science degree on Aug. 10, 1979, and earned his doctor of jurisprudence from Cumberland School of Law on May 23, 1982.

Spears practiced law in Montevallo for 34 years, and made friends and formed many relationships along the way within the community.

“The Chamber is saddened by the loss of our friend and chamber member, Attorney Mitchell Spears,” read a statement from the chamber after Spears death on Oct. 12.

Spears business was located at 804 Main St. and local businesses in the area are displaying white ribbons on their storefronts in memory of Spears.

“Mitchell loved God, and his hobbies included golf, playing pranks and range shooting with his grandson. He was well loved by everyone, and exemplified a Christ-like love every day,” according to his obituary.

His celebration of life was held Monday, Oct. 17, at Rockco Funeral Home. Visitation began at noon, with his service held at 1 p.m. A committal service followed at Alabama National Cemetery in Montevallo at 2 p.m.

By BRIANA HARRIS / Staff Writer PELHAM – The Grebel Center for Dance is busy settling in to their new... read more